Jairzinho Rozenstruik Wants Francis Ngannou Rematch: “If you ask me to fight him tomorrow, I’d fight him again”

Jairzinho Rozenstruik would like a rematch against Francis Ngannou due to their original fight only lasting 20 seconds. 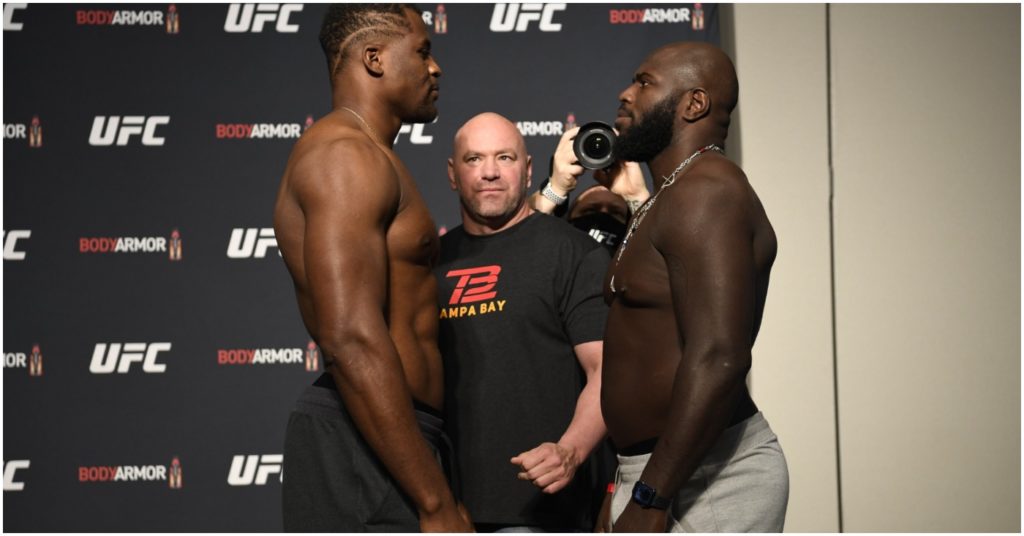 Almost exactly two months ago, UFC Heavyweight Francis Ngannou easily put away Jairzinho Rozenstruik via TKO. The 20 second KO virtually sealed Ngannou’s fate at becoming next in one for a shot at the heavyweight title. Sometimes, fast fights tend to leave fans with more questions than answers. In some cases, the fighters feel the same way. For Rozenstruik, he would like a rematch against Ngannou, as the first fight didn’t highlight his abilities.

As soon the action began ‘The Predator’ quickly moved forward with a barrage of strikes. Ultimately it was his left hand that crushed Rozenstruik’s head and sent him to the canvas. Ngannou followed up with few more punches but the action was already over as referee Dan Miragliotta immediately came and stopped the action.

Like many fans, Francis believes that the performance is deserving of a title shot. But for Rozenstruik, a longer fight would prove who is the better fighter. He spoke with MMA Junkie to express his interests in a rematch.

“For me, it was more, we didn’t really get into it (the fight),” Rozenstruik added. “It happens in fights. And, yeah, a defeat, a loss is always not good. It’s not nice, and yeah it sucks. Now I’m back in the gym training hard, and let’s try again. Let’s get back in the octagon, which is what I’m looking forward to the most.”

If the pair were to rematch, do fans believe the outcome would be similar? Or, will more time in the cage benefit Jairzinho as he believes? Regardless, Francis will be looking onward in hopes of securing heavyweight gold.