And he doesn’t think much of “The Black Mamba” Kobe Bryant. 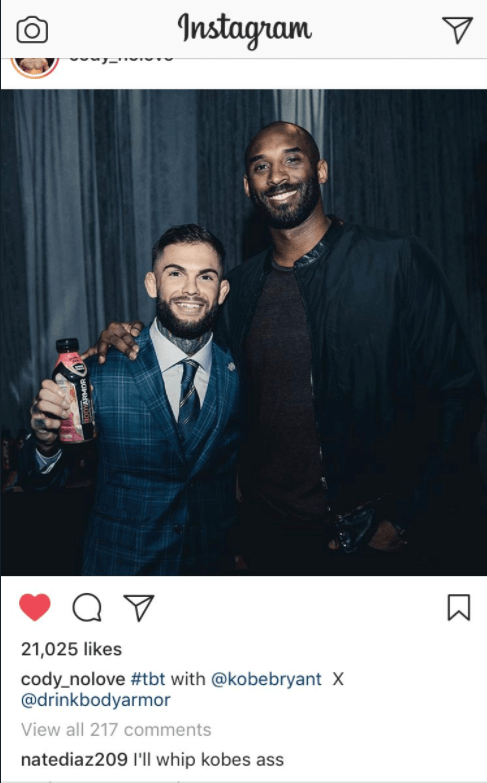 Nothing better than the contrast between Cody Garbrandt all smiles about his new Kobe Bryant sponsorship and Nate Diaz being all Nate Diaz.

Personally, I’d pay $500 of my own money to watch a PPV featuring one of Stockton’s favorite sons beating the holy hell out of Kobe Bryant.

Does anyone have any insight into why Nate Diaz has such distaste for the former Lakers star? Perhaps Nate is pissed he got left out of all the Body Armor paydays that Kobe’s been tossing around the UFC lately. Maybe he actually drank a bottle of Boby Armor and realized just how shit it is. Either way, Nate has laid out the clear terms of a Stockton/Los Angeles beef that we can only hope escalates.