Miesha Tate says she carried an injured girl down a mountain, helps her meekly built mother

Miesha Tate is still living her life after suffering a Blitzkrieg bop to her face courtesy of Amanda Nunes at UFC 200. Not only is Tate back on the saddle but she is also climbing mountains in her free time. Also after Tate has reached the summit on her way back, she even has time to rescue normal folks down to the base courtesy of free piggy back rides.

From a Miesha Tate Facebook post over the weekend, we have a tale of some Miesha Tate style heroism. While scaling down Mount Charleston, Tate spotted a family of three and a six-year-old girl with a broken arm. With no medical attention in sight and as Tate described it “her meekly built mother struggling to carry her daughter down the mountain”, the former UFC champion sprang into action.

Have no fear Tate is here to carry your daughter two miles down a mountain trail. 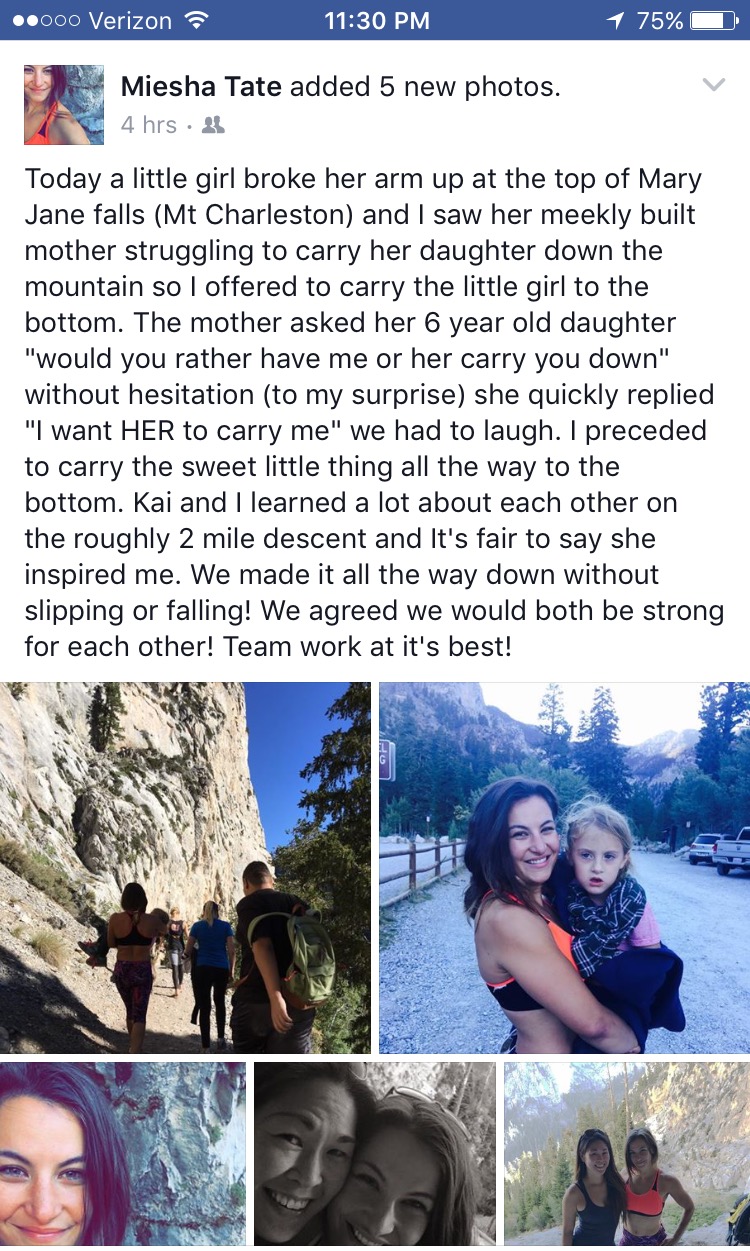 “Today a little girl broke her arm up at the top of Mary Jane falls (Mt Charleston) and I saw her meekly built mother struggling to carry her daughter down the mountain so I offered to carry the little girl to the bottom. The mother asked her 6 year old daughter “would you rather have me or her carry you down” without hesitation (to my surprise) she quickly replied “I want HER to carry me” we had to laugh. I preceded to carry the sweet little thing all the way to the bottom. Kai and I learned a lot about each other on the roughly 2 mile descent and It’s fair to say she inspired me. We made it all the way down without slipping or falling! We agreed we would both be strong for each other! Team work at it’s best!”

Interview: Danny Roberts tells us he plans to exploit Mike Perry, take him off the face of the planet
Read Next Post →
Click here to cancel reply.