Conor McGregor previously said that he was in the best shape of his life heading into UFC 257, however, inactivity was his reason for losing. 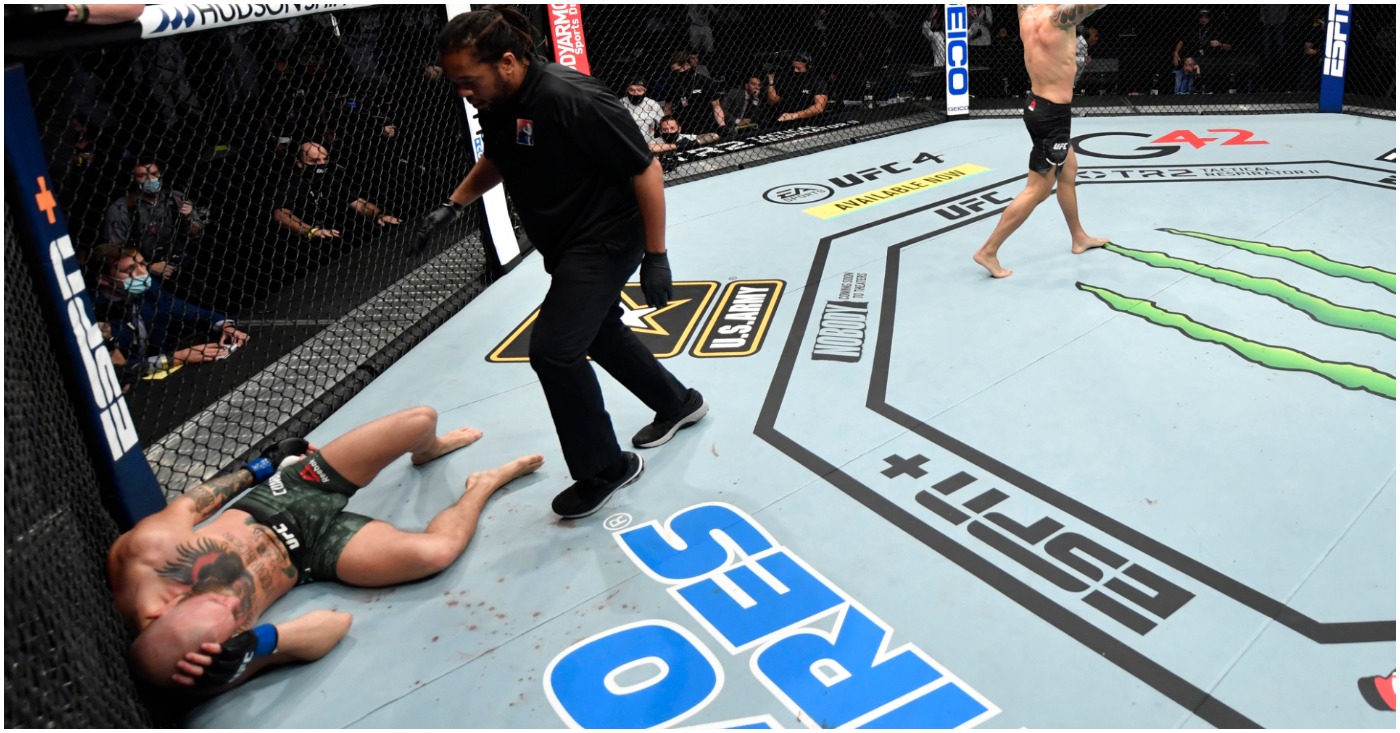 Dustin Poirier was able to even the score between his rivalry with Conor McGregor by defeating him via devastating TKO victory at UFC 257. Before the match, both competitors spoke about their training leading up to the fight. For Dustin, staying focused and believing himself was his key to victory. For McGregor, he stated that he was in the prime condition in his life and has never felt cleaner technically. Nonetheless, after taking a loss at the hands of Poirier, McGregor is blaming octagon inactivity for the loss. blames

However, Poirier, AKA “The Diamond” applied the pressure needed to create controlled chaos inside of the octagon. Relentless pressure, cracking leg kicks, and fluid boxing all contributed to a TKO victory. Dustin remained humble throughout the course of the night, including the post-fight press conference.

Nonetheless, McGregor was gutted by his performance. Immediately after the fight, Conor gave an honest assessment of what he believed was the reason for poor performance.

“You know, it’s hard to overcome inactivity over long periods of time and that’s just it,” he said. “The leg kicks were good. That low calf kick was good. The leg was dead and then … I just wasn’t as comfortable as I needed to be. It’s inactivity and that’s it. But Dustin Poirier is some fighter. If you don’t put in the time in here, you’re going to get cold in here. I’ll have to dust it off and come back and that’s it, and that’s what I’m going to do.”

“You don’t get away with being inactive in this business and that’s the way it is. I’ll take my licks. I’m gutted, I’m gutted. I put so much work in. Well done Dustin, good man. It’s a tough one to swallow. I put in a lot of work, I’m proud of my work. I’d like to have represented my team a bit better, but we’ll get to go again and that’s it.

“I’m going to go home to my kids in the hotel and just chill for a bit and regroup and that’s it,” finished McGregor.

"That low calf kick was good. The leg was dead and then I just wasn't as comfortable as I needed to be." -Conor McGregor #UFC257pic.twitter.com/9tKXQhh5a6

Do fans believe in McGregor’s excuses? Or, was Porier simply the better fighter regardless of activity?