Marvin Vettori absolutely dominates Kevin Holland from the start of the fight to the end.

Kevin Holland is set to trail blaze in the Octagon, just three weeks after losing to Derek Brunson. He steps in as a last second replacement for Italian contender Marvin Vettori, who looks to a get a title shot after another main event win.

Kevin Holland starts with a variety of kicks. A solid teep kick would land right on Vettori’s groin stopping the action for the first minute. After the pause, the two would get back to work. Holland’s kicks would frustrate Vettori who was looking to counter strike. A few more kicks in and Vettori would try his best to take Holland down, however ‘Trailblazer’ would showcase superior takedown defense, not letting the fight go to the ground like he did against Brunson previously. However, Holland’s takedown defense would not hold up for long as Vettori would be able to finally secure the takedown and take position. Vettori would hold him down for the remainder of the round

Vettori sticked to his skills in the grappling department, getting yet another takedown. The Italian Dream would become the Italian takedown artist, riding Holland and maintaining dominance for the majority of the round. Vettori would maul Holland with major ground and pound. Hammer after hammer would hit the nail that is Kevin Holland. Over and over again this would ensue.

Vettori would initiate the takedown once again with his grapple-heavy game plan. Vettori got top position and transition into an arm triangle on Holland. He had the submission locked in, however Holland was able to survive, escaping after a while spent in the position. Holland would eventually get back up to his feet. The pressure would be turned on with Vettori, with the Italian getting him in the clinch. A frustrated Holland would slap him multiple times while being controlled in the clinch. Once apart, a smiling Holland would catch a second wind, letting his hands go and catching Vettori with some good strikes to finish the round.

Holland would start off the fourth like the late success of the third round. Holland would engage more using more weapons in his arsenal, however this would not be enough to stop Vettori. Vettori would stick to his bread and butter and take down Holland multiple times in the round, battering him from the top position. This would be the story of the fourth.

Kevin Holland wasn’t out of the fight despite being dominated on the ground. “Trailblazer” would look to tear down Vettori in his path, hurting him with strikes in the opening seconds of the very last round. Vettori weathered the storm to wrap up Holland’s legs to get another amazing takedown. Control would once again prevail for “The Italian Dream” with a series of takedown and minute after minute of domination on the top. Every time Holland got up, Vettori took him down. This would live on until the final bell, ending the fight

"This is fun right?" @Trailblaze2Top exchanging some words in the last moments of RD 3. #UFCVegas23 pic.twitter.com/TOTlIvTacy

"We're all fighters here, you know what I mean?" #UFCVegas23 pic.twitter.com/QtHBdxW8kx 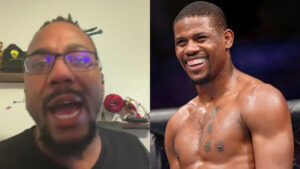 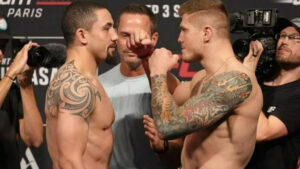 Marvin Vettori Calls For Robert Whittaker To Get A Title Shot 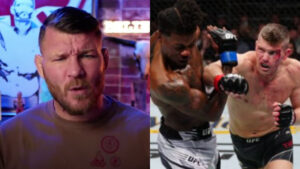 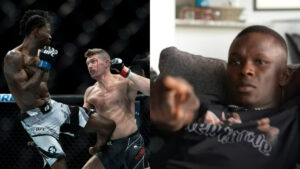 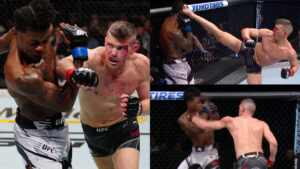 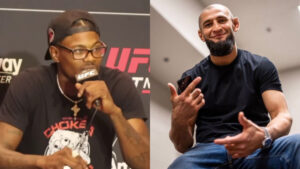