There has been talk in the past of a cross-promotional super fight between Usman and Lima to determine the best welterweight in the world.

Douglas Lima doesn’t believe the UFC will ever agree to having him face Kamaru Usman.

Lima is a three-time welterweight champion at Bellator and is undoubtedly one of the best 170-pounders in the world.

As a result, many observers have called for him to sign with the UFC to test himself against the elite welterweights, including current champion Usman who remains undefeated in the Las Vegas-based promotion with 12 straight wins since debuting in 2015.

If not that, there have also been calls for a cross-promotional fight between the two promotional champions.

But as far as Lima is concerned, the matchup will never happen as he responded to a fan who spoke of the possibility.

Lima has long believed he would emerge victorious over Usman.

Back in November 2019, Lima praised Usman’s skillset but ultimately believed he would get the knockout win.

“Usman is really tough, has good wrestling, so I wouldn’t think twice before choosing him. It would be a big fight,” Lima said. “He’s on a roll, (and) he’s breaking everyone, so it would be a good fight for me, even if his style doesn’t favor me. I had problems with wrestlers in the past, and he has good wrestling. But I’m evolving, (and) I’m feeling great. I don’t think too much about it, but it would be great if that happened.

“A knockout, right? For sure. I’d go for the knockout. He has knockout power, but he usually wins by decision. I believe we would eventually find that chin.”

However, while Lima is right that it would look bad on the UFC’s part if Usman was knocked out by a Bellator champion, that is unlikely to be the reason why such a fight never happens.

The reality is, the UFC is unlikely to do any cross-promotional fight in the future due to how far it has set itself apart from other promotions. 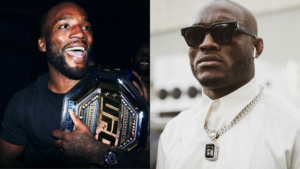 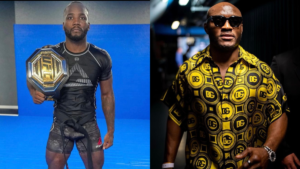 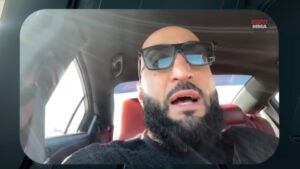 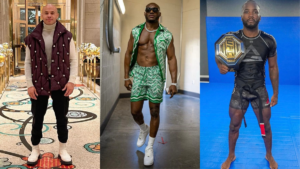