This is it. Over the last eight weeks, we’ve come together to experience some of the wildest and most thrilling digital combat matchups that could ever be simulated with the help of a few billion 0s and 1s. Now, the winners are set and the Jens Pulver LilEviltational Semi-Openweight EA UFC 3 Tournament Season 1 Grand Prix is upon us.

Let me repeat that one more time for effect: The Jens Pulver LilEviltational Semi-Openweight EA UFC 3 Tournament Season 1 Grand Prix is upon us.

We’ve seen upsets, we’ve seen domination, we’ve seen family fight family (and some family not fight family), but most of all, we’ve found the perfect place and time to have a ridiculous amount of fun with like-minded MMA fans — Thursdays, 10pm eastern.

Join us for the end of season one as we crown the finale champions! Here’s the card: 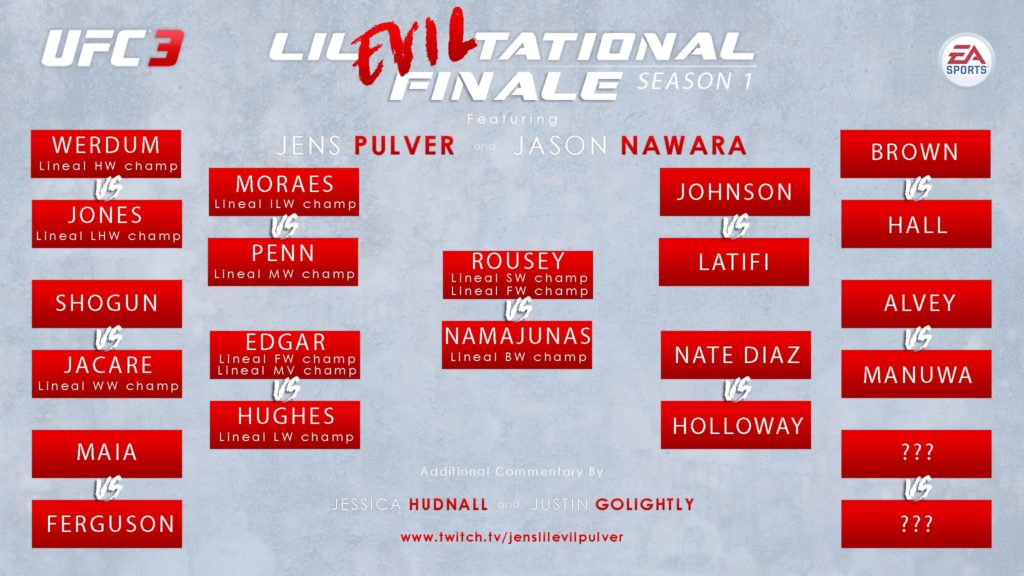 Street MMA: High School Hallways Can Be Just As Dangerous as the Streets, No One Is Safe
Read Next Post →
Click here to cancel reply.