UFC heavyweight Derrick Lewis spoke about his desire to fight Conor McGregor due to "trash talk" that's happened over the years. 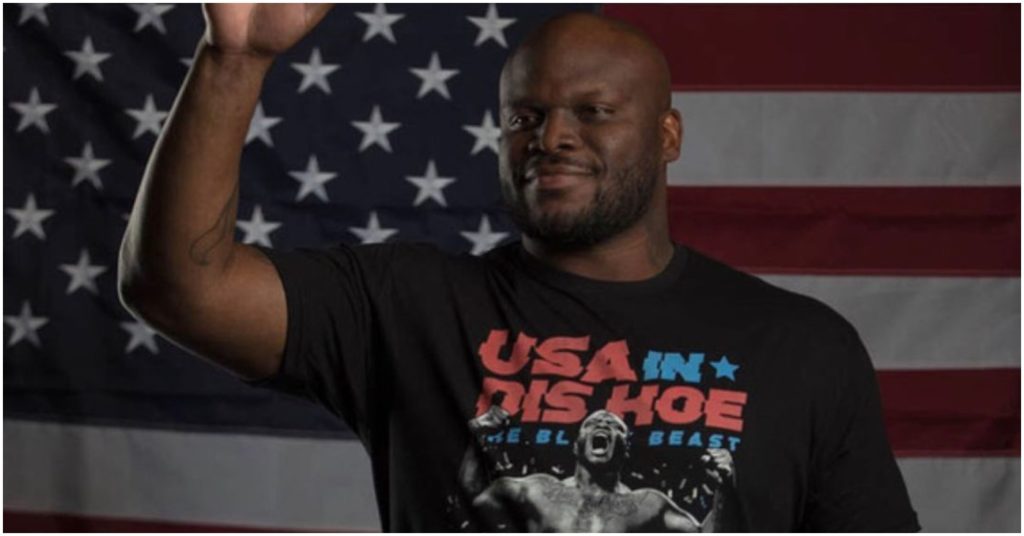 UFC heavyweight Derrick Lewis is as much of an entertainer as he is a fighter. In the eyes of many, he is the funniest guy in the company. However, owning that title also makes it difficult to tell when Derrick is serious, and when he is trolling. In his latest interview, Lewis spoke about wanting to fight Conor McGregor.

Lewis is set to take on Curtis Blaydes this weekend at UFC Vegas 15. While it’s clear that he and Blaydes will not be friends anytime soon, it’s hilariously just as clear what Lewis wants to achieve after the matchup.

“There’s one guy that has been talking trash for years that I want to fight,” Lewis said. “So, Conor McGregor, he’s been calling me out so I believe I need to fight him next,” said Derrick jokingly.

Once the jokes were over, Lewis spoke about the matchup between himself and Blaydes. Furthermore, he explained why he believes that his opponent is jealous of his UFC success.

It’s fine if he thinks I’m predictable. I don’t care. They all know what I’m going to do, most of them. … This will be my 21st fight in the UFC. My game plan and my game, the way I fight, my style hasn’t changed. Guys said the same thing before. And you see that I’m the knockout king, so we’ll just see. I’m predictable, OK. He’s predictable, as well.”

Lewis finished by stating that he would like to fight the winner of Stipe Moicic vs Francis Ngannou in their rematch. If Derrick is able to get past Blaydes, expect another iconic post-fight interview. As well as, a hilarious jab at Conor McGregor.