For all of you degenerate MMA fans out there that proclaim ‘Jon Fitch can’t even finish a sandwich,’ you now have proof that Jon Fitch finishes his meals and they’re often rather healthy. In Chinese, the word ‘sandwich’ sounds remarkably like ‘sandwich’ — but more along the lines of ‘sammich.’ In fact, if you ever find yourself stranded in a Mandarin speaking country, just yell ‘Sammich!’ at the top of your lungs and everyone will know what you want to eat for lunch. I’m serious about this, folks. My Chinese game is steadily improving, similar to Jon Fitch’s need to show you how to make a perfect vegan grilled cheese sandwich.

Hey, don’t make fun of vegan cuisine. I’m vegetarian whenever I can’t find meat scrumptious enough to eat. Just kidding, I’ve been vegetarian for a while now, mostly because of that friggin’ Shocking Meat video on the side of this article. Mercy for Animals has been one of MiddleEasy’s longest sponsors and I’ve yet to watch the legendary clip. Aright, I’ll take a look. My God — I stopped at the 11-second mark. That’s entirely too intense for this Saturday morning. Maybe you guys should just watch this video of Jon Fitch making a vegan grilled cheese sandwich and pretend animal murder doesn’t exist. 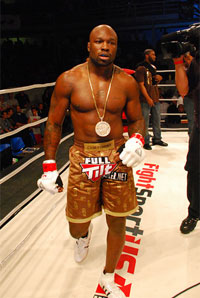