On Monday night, former two-division kingpin Conor McGregor issued a lengthy post on his Instagram revealing the critical errors he made which resulted in his submission loss to undefeated UFC lightweight champion Khabib ‘The Eagle’ Nurmagomedov at UFC 229 earlier this month.

Shortly after, Mcgregor’s thoughts on his loss were shared on UFC’s official Instagram page: 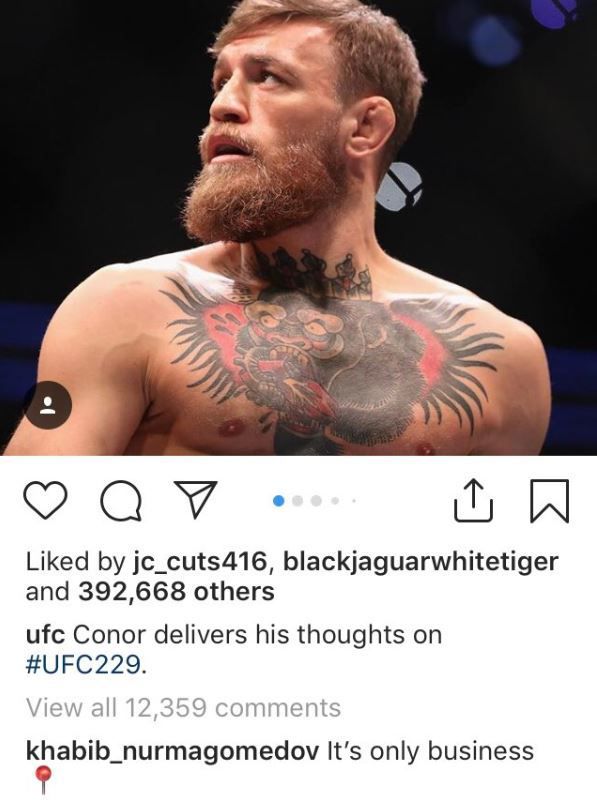 If you remember this is exactly what Conor Mcgregor said to Khabib in the middle of their UFC 229 fight.

Khabib who has reportedly turned down 15 million offer to rematch Mcgregor, instead of entertaining a fight with Tony Ferguson and Floyd Mayweather Jr. Irishman in his recent statement said if UFC can’t book a rematch, he’ll take what’s next in line. Maybe a wacky fight with Anderson Silva or perhaps a trilogy with Nate Diaz.