Even Khabib Nurmagomedov Says Henry Cejudo is the MMA G.O.A.T 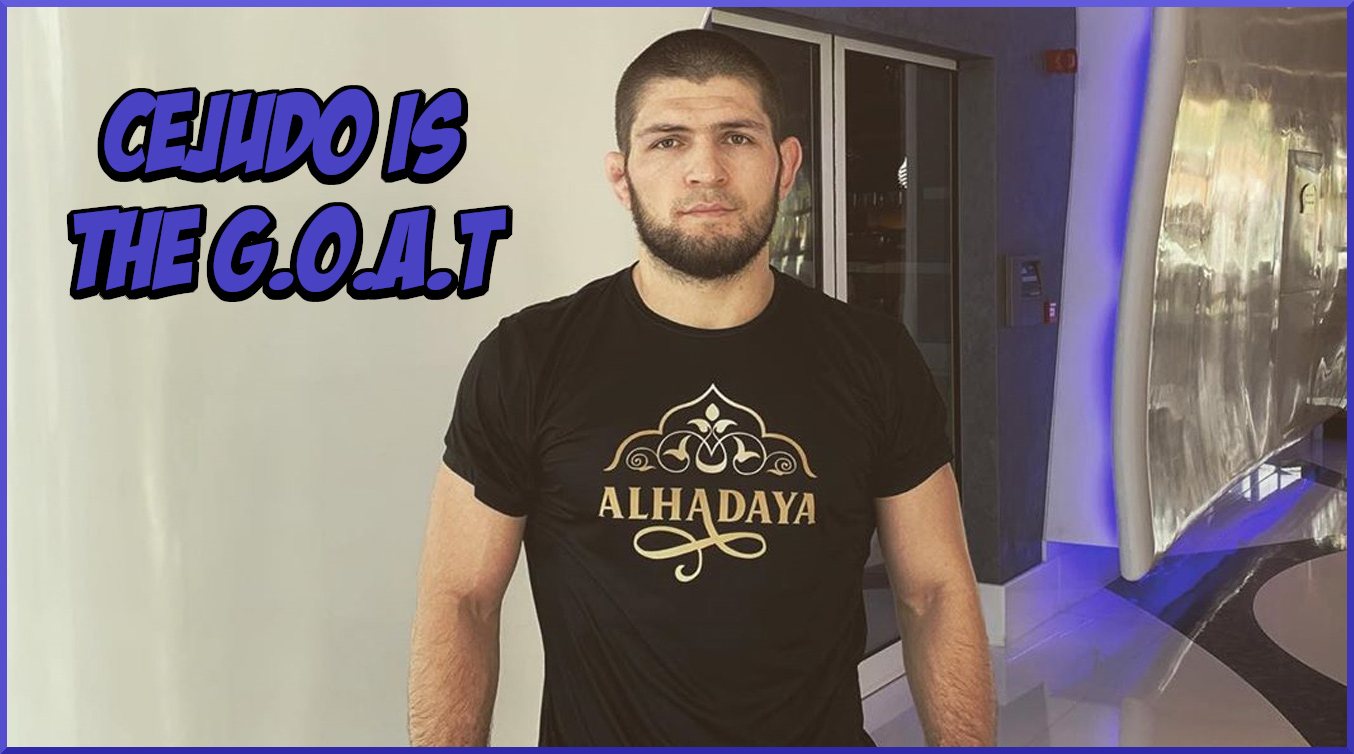 Khabib Nurmagomedov has accomplished many feats in the mixed martial arts world. A lot of those accolades are things that no one else has ever achieved in UFC history. For instance, winning a UFC title with an unblemished record. Or, securing 21 takedowns in a single fight against an opponent inside of the octagon. However, none of those achievements come close to the ones of Henry Cejudo, who believes he is the best ever. And, Khabib has now playfully admitted that Henry is the greatest as well.

Dominance MMA is a family. At least that how Ali Abdelaziz has appeared to make it look. So, when Dominance MMA has their media day, all the fighters represented by the agency show up to field questions from the media. Footage from the popular web docu-series Anatomy of a Fighter showed both Khabib and Henry together. It was then where Khabib admitted to Henry’s greatness.

Who’s the greatest Combate athlete of all time?! I rest my case Khabib has spoken @khabib_nurmagomedov @willharrisproductions pic.twitter.com/I4vA131uXZ

Of course, the tone of the response was in the most jokingly way possible. After he made the statement, Cejudo mentioned that many people will take it as a joke. However, when fans look at his accolades and accomplishments, it’s hard to leave him out of the conversation. At least in his own opinion.

Cejudo has most certainly accomplished his fair share of accolades in the sport. However, many people factor in longevity, title defenses, and impactful moments when it comes to being the G.O.A.T of the sport. Names like Jon Jones, Anderson Silva, and Georges St Pierre all come to mind first when discussing the greats.

These days, names like Dominick Cruz, Amanda Nunes, Stipe Miocic, and Valentina Shevchenko are held in high regard. Regardless of if Khabib is kidding or not, it’s nice to see him support Cejudo as his Dominance MMA comrade.

Tim Kennedy Says He Could Smell Booze And Weed While Training With Jon Jones
Read Next Post →
Click here to cancel reply.