Kara-France would love to fight Brandon Moreno but ideally wants to face the current UFC flyweight champion next.

Kara-France is coming off a unanimous decision victory over Askar Askarov at UFC Columbus this past weekend.

It made it three wins in a row for the New Zealander who previously knocked out the likes of Rogerio Bontorin and Cody Garbrandt.

Shortly after, Figueiredo as well as Brandon Moreno called for a fight with him as their fourth fight still remains unconfirmed.

Who does Kara-France want to face?

Both are great fights for him, but ideally, he would love the chance to fight Figueiredo and not only become a champion, but show that there are levels to the game.

“Both [Figueiredo and Moreno] fights are great fights for me, but I would love to fight Figueiredo,” Kara-France said on The MMA Hour. “The way he amps up the fight, just his style, people really think he’s ‘God of War.’ But I want to show him that there’s levels to this and there’s a new ‘God of War’ in town, and that’s me. I want to be in his face and put it on him. I want to test him.

“I feel like I can put him away, so it would be a great fight, and imagine doing it at Marvel Stadium in Melbourne, 60,000 people, making the walkout, feeding off the energy and putting it on him.”

Coming off his win over Garbrandt — a former champion — most fighters would sit and wait for a title shot.

However, Kara-France wanted to remain active and take a gamble against the previously undefeated Askarov. And it has clearly paid off.

“High risk, high reward,” Kara-France said. “No one wanted to fight this guy. A lot of people would have sat back after knocking out a former champion, let’s just sit on this and see what happens. But I don’t want to do that. I don’t want to wait and be given a title shot, I want to earn it. I want to show everyone I’m the best in the world.”

For now, it seems like Figueiredo and Moreno will run things back a fourth time.

However, there is no denying that if anyone else is next for a flyweight title shot, it’s Kara-France. 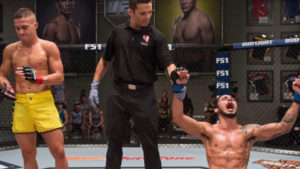 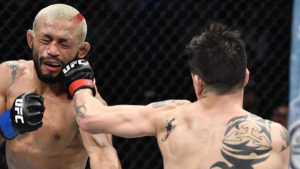 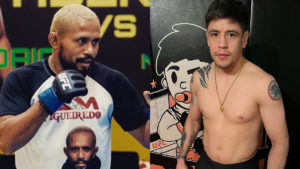 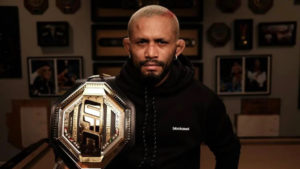 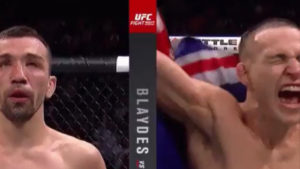 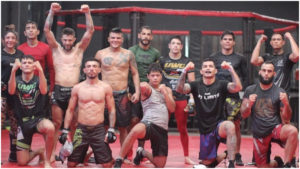