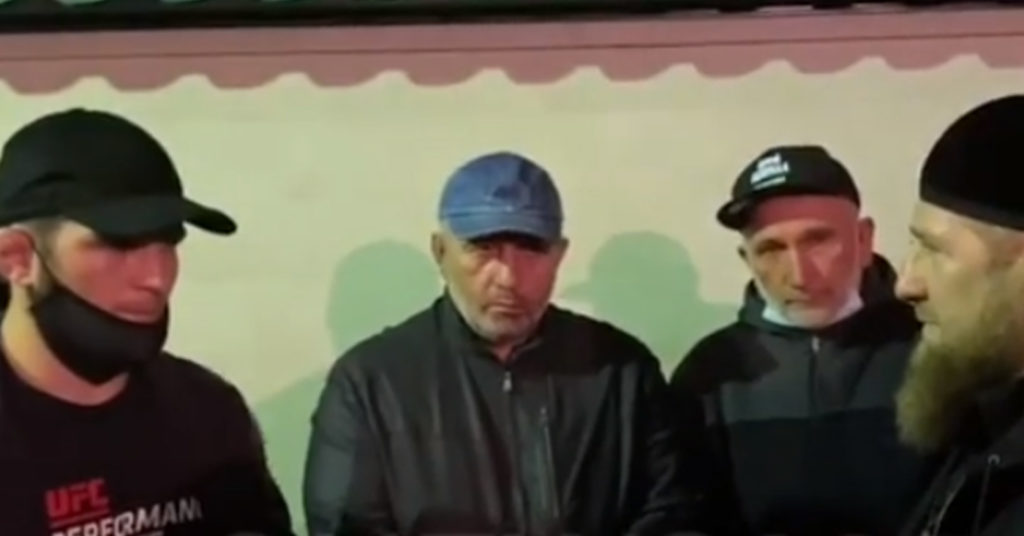 Abdulmanap Nurmagomedov died at the age of 57 in a hospital in Moscow. He was a respected member of the MMA community around the world and in Russia. He was one of the pioneers of MMA in his home region Dagestan, and help develop a lot of talented fighters, including his son Khabib Nurmagomedov. Following his death, countless actors of the MMA world expressed their condolences to Khabib and sent their well-wishes to his family.

Following Abdulmanap’s death, footage of the leader of the Chechen Republic consoling Khabib on the loss of his father emerged on Instagram.

According to RT, Kadyrov highlighted the “universal respect” Abdulmanap had in Russia and abroad for his contributions to MMA.

It is reported that Khabib thanked Kadyrov for arranging his father’s transfer to an hospital in Moscow for the latter part of his treatment. “The plan of the Most High cannot be changed, for all his will. Praise be to Allah,” Nurmagomedov was quoted as saying.
Nurmagomedov has yet to make a statement since news of his father’s death broke on Friday.

Beside COVID-19 Complications It Seems Jorge Masvidal vs Kamaru Usman All Set For UFC 251
Read Next Post →
Click here to cancel reply.