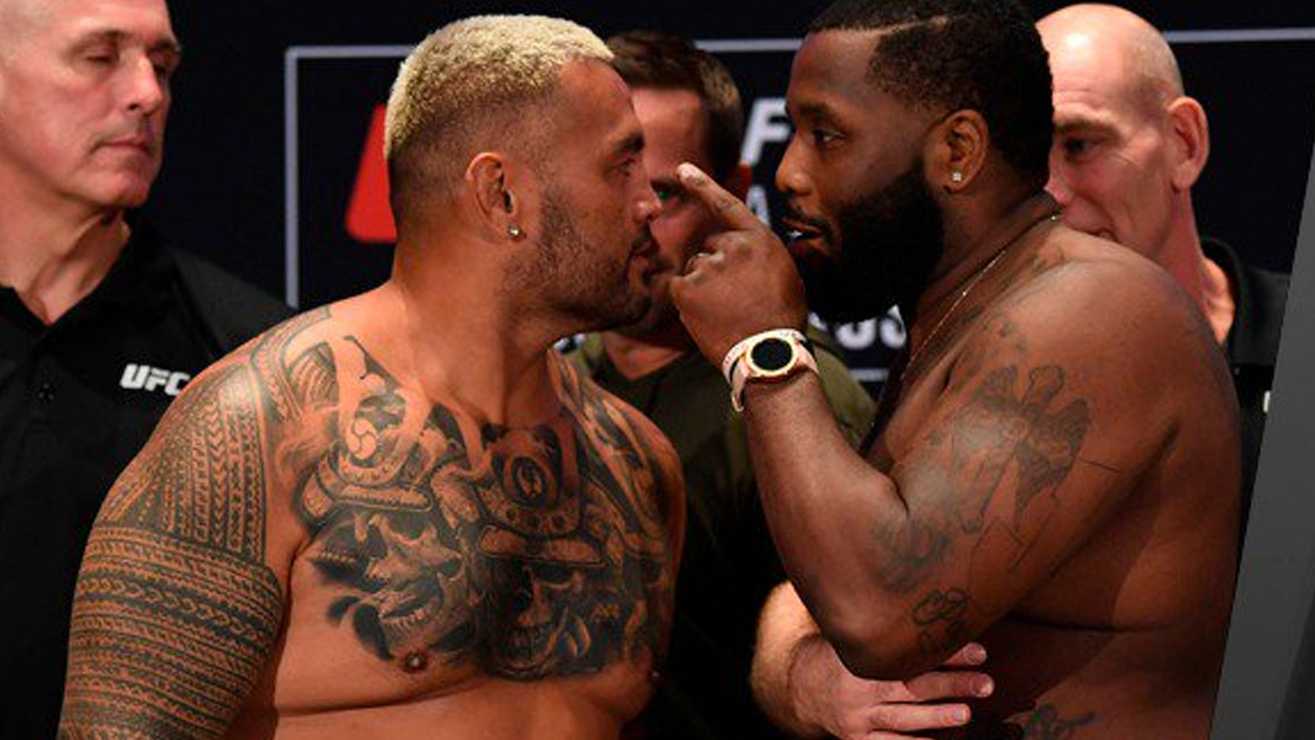 Mark Hunt in black trunks, while Willis is in gray shorts, Herb Dean is the referee. Mark Hunt controls the center, fighters looking at each other. Willis goes for a head kick but hits the shoulder of the “New Zealander”.

Hunt goes for a kick to Willis’ leg but he opens up a cut on his right shin!

Body kick Mark Hunt. Fighters don’t throw many shots in the first round. Good right hand by Mark Hunt. Mark mostly going for counters but Justin Willis doesn’t let him swing much. Good jab from Willis hits Hunt’s head. And another one, it finally heats up! I’d say this is a good round for Hunt.

Willis opens up with a few kicks. Slow round. Willis circles and delivers a jab but stays away off the clinch. The crowd is starting to get angry, we haven’t seen much action here. Straight left Justin Willis. Good 1-2 combo. Justin Willis still looks for that jab. Willis collects points, but I don’t think these blows are strong. The round for Justin Willis.

Willis continues looking for his jab, collects points. Good body kick from Mark Hunt. Sneaky head kick by Willis. Commentators believe the cut on Mark Hunt’s shin creates the problems. They actually might be right, Hunt’s movement has slowed down. Right-left by Justin Willis. Willis landing uppercuts while Hunt keeps his head down to evade the strikes.

Hunt can’t parry circling to the outside, it creates a lot of problems for him. He is unable to shorten the distance. Jab, circle, jab, circle, Willis controls this round. Mark Hunt misses with a big left hand, no KO! I think Willis is on the way to win the fight. This is the round for Justin Willis again.

"Thank you all for the support."