The hate Jose Aldo has for Conor McGregor is 100% real. Sure the greatest featherweight rivalry may have started out as some just good ole fashioned fight promotion but now it is pure hate. Even in the build-up to UFC 189 Aldo got mad at McGregor’s antics but still had moments where he could just laugh off the bat-shit crazy words that were birthed from the Irishman’s mouth.

With UFC 194 less than a week away Aldo or pretty much anyone from his team are no longer smiling much less laughing at anything McGregor does. From the hour long edition of UFC 194 Embedded, Aldo was asked about McGregor’s wide striking stance and his ability to defend leg kicks. Ask Urijah Faber about the power of Aldo’s leg kicks.

Could Aldo split McGregor’s shin bone in half? An insanely pissed off Jose Aldo is what Conor McGregor asked for and it looks like that is what he will be getting at UFC 194. 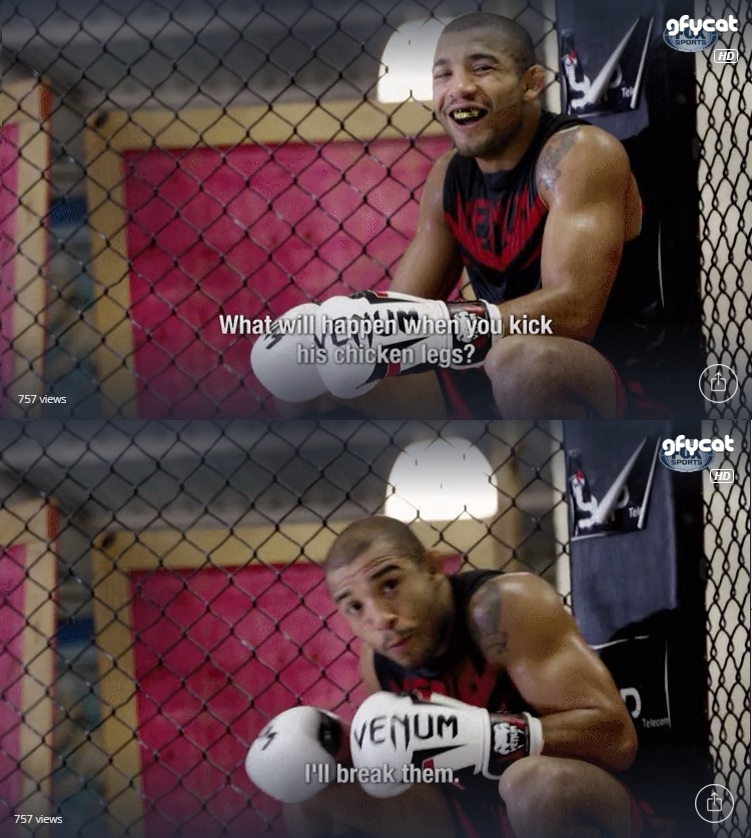