Video: Never forget Jorge Masvidal began a fight by kicking Darren Till in the junk 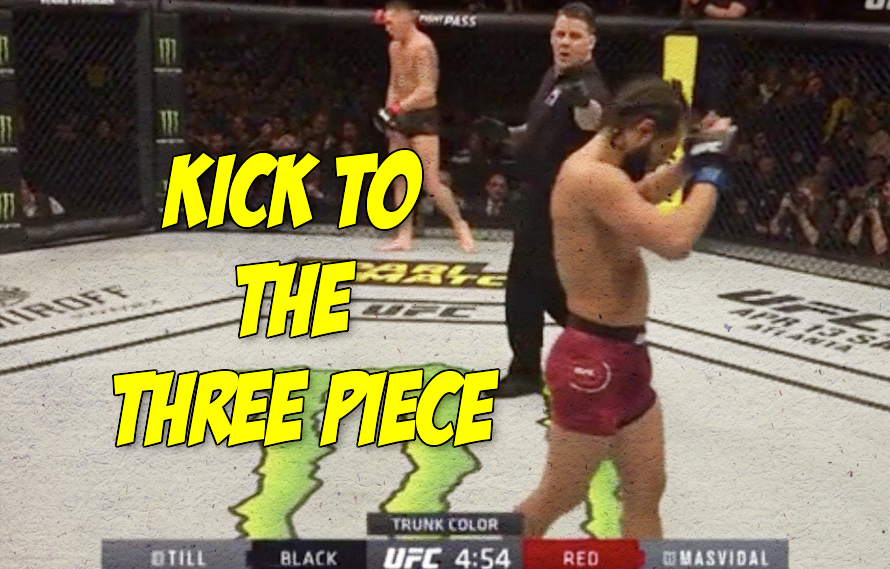 Lost in the madness of UFC London and The Jorge Masvidal magical tour across the sea, was how the main event started. This may have been the most street way to start a fight and everyone already forgot about it.

Jorge Masvidal began his fight with Darren Till with a kick right to the d**k. No touching of gloves. No feeling out process. The bell for round one sounded and Gamebred had only mission to complete; kick Darren Till right in the crown jewels.

Fighters train eight to ten weeks for your typical MMA fight. Sparring, cardio, weight lifting, and tape study are just a few of the actives Masvidal went through in preparation for Till.

Millions of hypothetical scenarios were played out in the mind of Masvidal before formulating a final outcome. After all of that data was downloaded into the head of Jorge, the mathematical equation it spit out gave him only one possible opening move.

Hit him right in the junk.

This being MMA it was the totally correct call by Gamebred. Everyone in the MMA community knows that a referee rarely takes away a point after the first foul. This was Jorge’s ‘get out of jail free card’.

Sure Masvidal could have saved his foul for the later rounds, but what is the fun in that? Maybe a cage grab in round two or an eye poke in round four. Naw, that’s not The Gamebred way of life.

Take notes aspiring young fighters, there is no better way to open the biggest fight of your life than with a kick right to the balls.