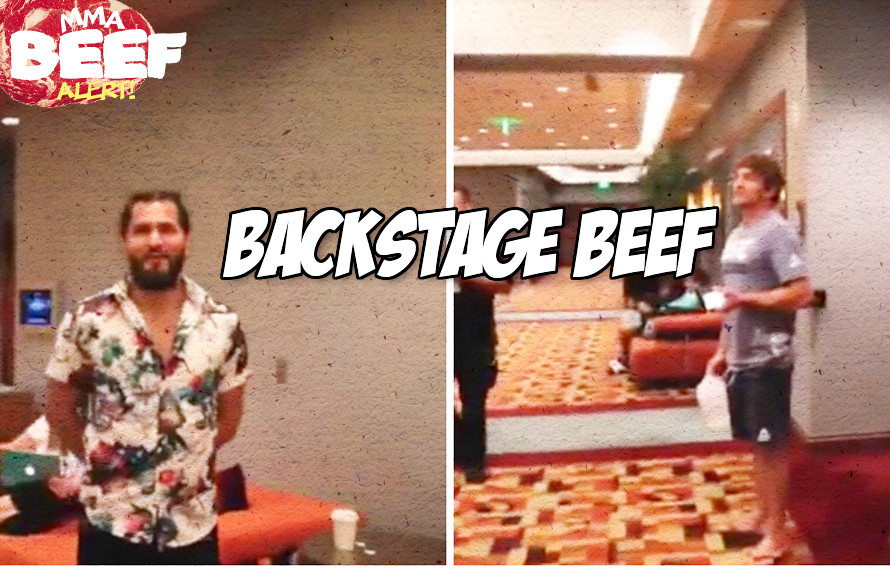 For all the crap UFC matchmaking gets for being “meh”, Jorge Masvidal versus Ben Askren is a thing of beauty. Jorge and Ben are two very different people, but that’s not why this fight is so good.

UFC 239 isn’t even in the books yet, and MiddleEasy is out here already writing an epic Jorge vs. Ben trilogy. A New Hope? The Force Awakens? The Phantom Menace? Whatever you call it, Jorge and Ben are going to need more than one fight/one build-up to tell their tale.

Every interaction these two dudes have with each other is money.

Take this small clip from Askren’s new UFC 239 video blog. And yes he has a video blog. Askren has a film crew. Masvidal has an iPhone and a dream.

Ben and Jorge running into each other backstage prior to media is raw, it’s unscripted, and it’s what MMA should be. Fight with stakes, with personalities that can hold our attention is all MiddleEasy really needs.In 2019, these kind of fights/feuds are rare.

Enjoy it. Embrace it. Mash it up into a tiny little gummy form and eat it up.

It not that Jorge Masvidal and Ben Askren even hate each other. It feels like they don’t hate, but their is a strong dislike. Living for that moment when Jorge checks his chins and or Ben shoots for a power double leg.

PETA 'Urging' Conor McGregor To 'Donate His Furs Back To The Animals He Stole Them From'
Read Next Post →
Click here to cancel reply.