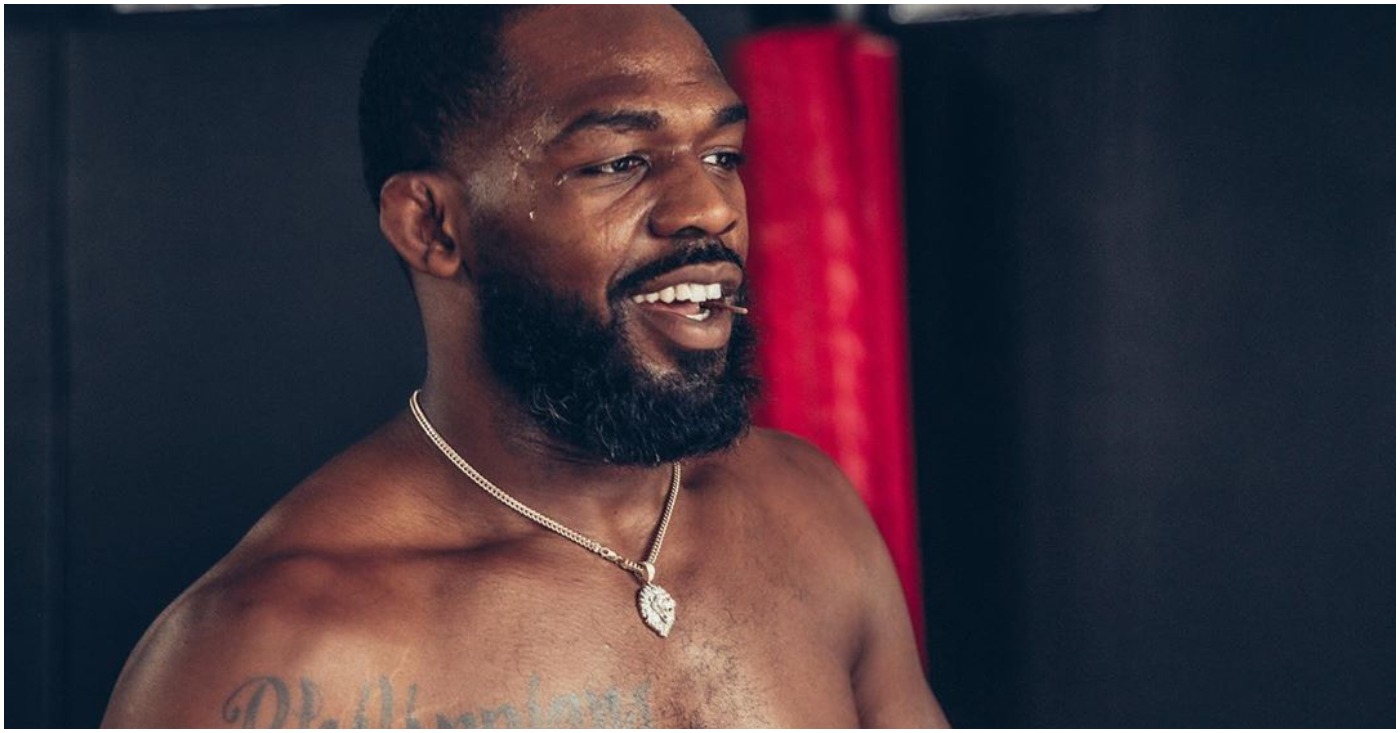 Khabib Nurmagomedov recently retired, which once again has sparked the GOAT conversation in the sport of mixed martial arts. Every time one of the greats has stellar performances, the all time pound for pound rankings shakes up. Many people currently have Khabib as their all-time great after he was able to easily dismantle Justin Gaethje at UFC 254. However, Jon Jones is reminding everybody that Khabib is yet to build a resume as credible as his own.

On official scorecards, Justin Gaethje won the first round of the fight against Khabib Nurmagomedov according to two out of three judges at UFC 254. Both men pushed the pace and respected each other. Gaethje was able to land a few hard leg kicks. Furthermore, he was able to stay alert during the fight as “The Eagle” pressed on. However, Khabib was able to walk through power shots, eventually grab Justin, and submit him in the second round. Usually, Khabib dominates his opponents with a vicious ground and pound. However, Khabib was conscious of the submission finish against Justin, and pre-determined the finish due to a reason he revealed later.

After the fight, Khabib had one request for the UFC, which was to put him #1 on the pound for pound rankings. And while fans believe that Khabib will retire as one of the GOATs, Jon Jones took to social media to boost his own resume.

“I’m talking to all you Khabib fans out there. 15 world titles to your guys four and you are really talking about who is the best fighter ever. You guys are joking right? 15 to 4. Are you guys kidding me? The only person that can possibly come back and challenge my record of what I’ve done in the UFC is possibly Georges St-Pierre,” said Job.

“He would have to come back and win two championship fights to tie me,” Jon Jones said on Instagram. “And, I’m not even retired yet. I’m 33-years-old, I got a whole other chapter to go through. You guys are nuts. I love you guys so much and hope you all have a great day.

“15 world championships to four. And, if all you are going with this, well he is more dominant argument,” he continued. “The guy just recently started fighting elite-level competition. Could you imagine me against the 10th ranked guy?

While Jones has an impressive resume, fans take away points for his various stints with the law and run-ins with USADA. Comparing both resumes, fans can choose their criteria for GOAT. Is it dominance over a long period of time? Or, is it flawless execution and winning in dominant fashion every single fight? The case for GOAT is up to the fans to decide, so choosing Jon, Khabib, or any other fighter is subjective.

Jared Cannonier Reportedly Broke His Arm During His Fight Against Robert Whittaker At UFC 254
Read Next Post →
Click here to cancel reply.