The lead up to UFC 200 is just beginning and Jon Jones troll game is already peaking. Known for his hell-bows and immediately deleting epic social media posts, Jones was closely watching Daniel Cormier on Monday night. If this whole “greatest light heavyweight of all-time” thing doesn’t work out for Jones, he can always fall back on his Internet shit talk to transition into a career as a keyboard warrior.

Even a seemingly innocence post by Cormier about dropping Luke Rockhold in practice can be used to fuel Bones attempt to mentally break DC. Bones is always looking for his shot. Troll Jones is always going all in on Cormier. Embrace the hate Jon Jones and use those energy pellets to stay sober and lift all the weights.

Just like a bully, breaks when he's up against a real badass https://t.co/Ot7GC6BvnU

When he's not even a one division champ #BeltSitter https://t.co/ByNRzLKUcK 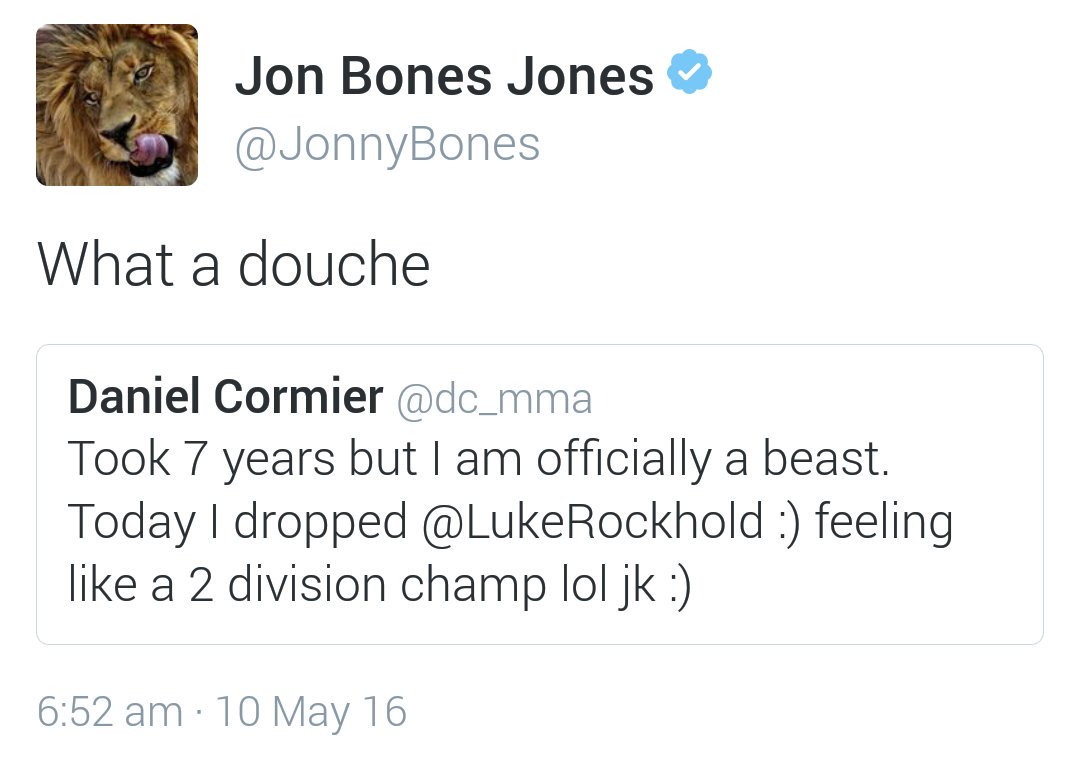 A Lesson in Street MMA: Start a brawl at the Kentucky Derby, soccer kick KO that guy in the polo
← Read Last Post