Even the most gentlemanly of us have probably fallen victim to the thirst trap. Men are idiots, we have to say something or see if we have a shot. Of course, then there are the dudes online that put the pedal to the metal and drive off a fucking pier with their comments. No woman wants to hear that you’d drink their bath water.

This guy, a complete stranger, told her this. Directly to her. On the internet. The problem with our digital age, is there there is an illusion of impersonality. No matter how crazy the dude, I’d hope he wouldn’t walk up to any girl in real life and tell her that if they ever had unprotected sex then he’d leave his penis insider her.

But what happens when Invicta Bantamweight Champ Tonya Evinger gets caught in the thirst trap too? After seeing a picture of VanZant in a sexy leotard, Evinger couldn’t resist requesting those nudes. The bad thing is, that’s probably the tamest comment there. This just goes to show you that even ladies aren’t safe from the trap. 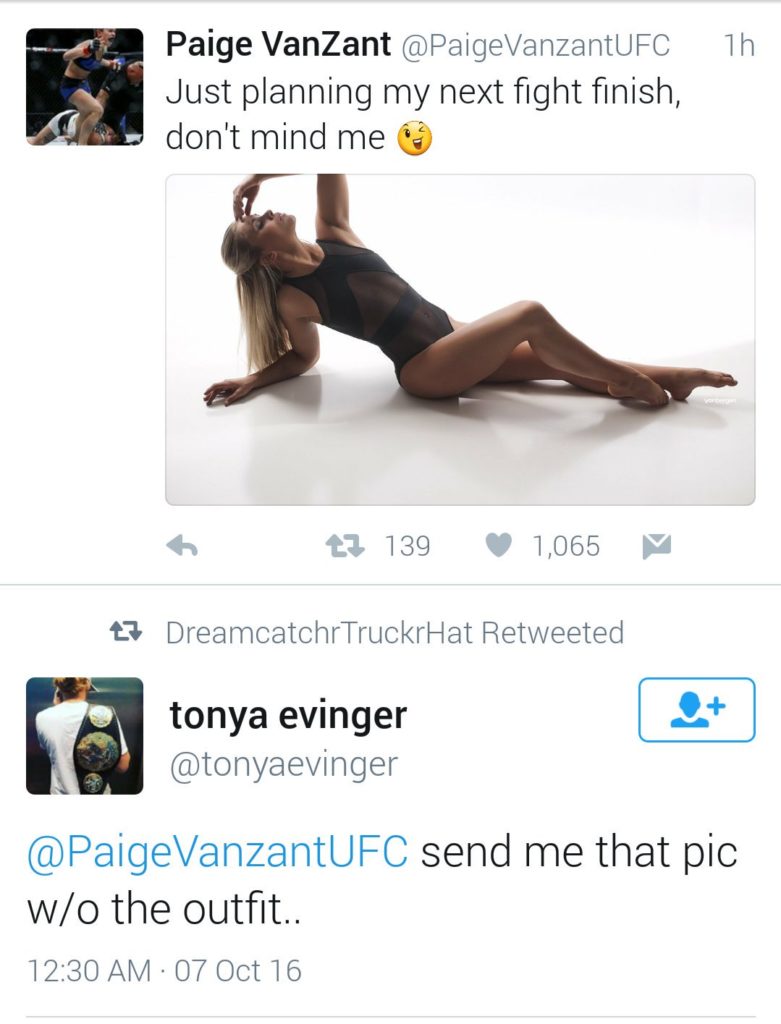 A Lesson in Street MMA: Running Up on Someone at the Apartment Complex Could be a Huge Violent Mistake
Read Next Post →
Click here to cancel reply.