So this dude was always Notorious? In September 2011 a young Conor McGregor was kind of keyboard warrior. What better place to hone your MMA shit talking skills than an obscure European MMA forum. At the time of this newly unearthed MMA message board thread, McGregor was a legit 9-2 lightweight prospect out of Ireland.

A young Conor McGregor was basically likely every other hardcore MMA fan circa 2011.

Even despite these somewhat humble beginnings, McGregor did not waver from his Mystic Mac persona. A 23 year old McGregor and his audience of forum trolls/posters predicted great things for his up and coming MMA career. McGregor is now the king of the UFC’s pay per view game but he is also the king of the www.boards.ie mixed martial arts sub-forum. 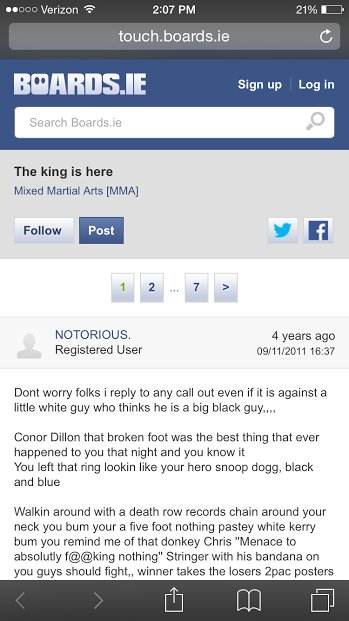 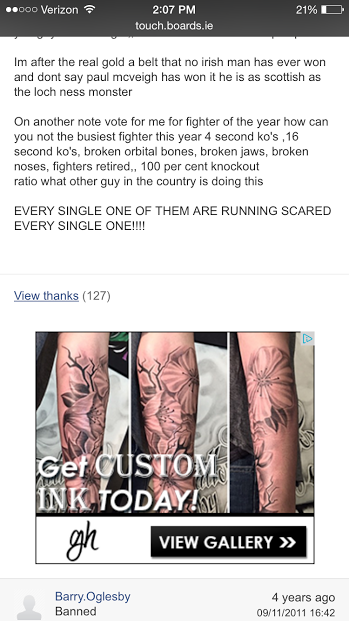 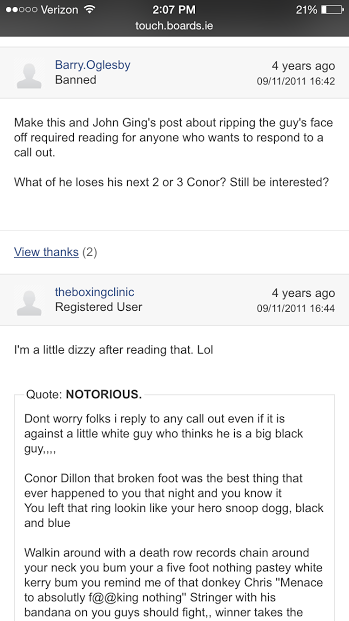 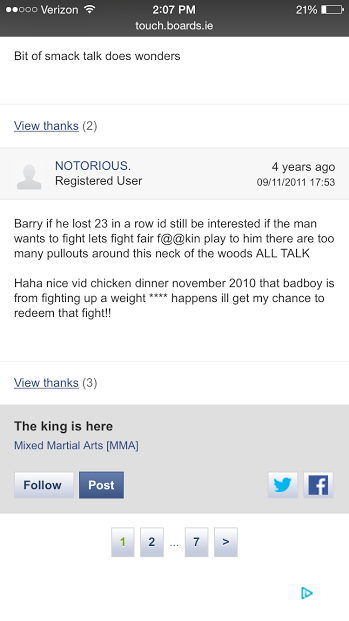 H/T to forum enthusiast @rian5ca for the find

Watch: Let Nick Diaz take you on a tour of a smoke shop
Read Next Post →
Click here to cancel reply.