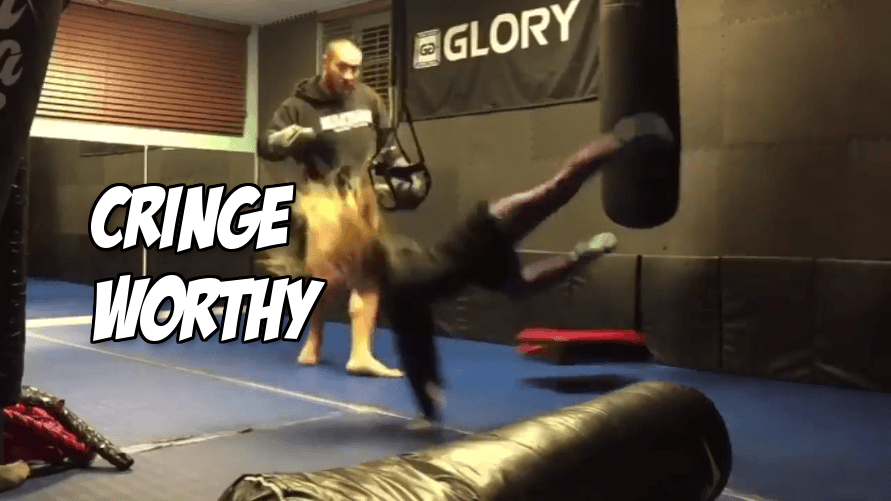 A heavyweight professional kickboxer just kicked the ever living shit out of a eight year old girl holding pads. Comedy is subjective but the more you watch this video from Glory the less funny it gets. Rather than go 50% kickboxing bro-due throws with 100% force like he’s in the opening round a million dollar title fight.

Memo to kickboxing bro-dude; you nearly broke that kid’s neck in the name of comedy or the name of showing how hard you can throw a kick? WTF Glory?

Because we all know the struggles of holding pads in training. 😂 #GLORYFightClub pic.twitter.com/HdXFXhgnaQ

*Editor’s Note: It is actually Glory welterweight Richard Abraham kicking a kid like an asshole*

Harmless, she was all giggles :) Also, she has an idea of what fighting can feel like, these moments teach respect.