UFC Copenhagen is taking place live this afternoon (Saturday, September 28, 2019) from inside Royal Arena in the capital of Denmark.

Fighters clinched up, but they separate almost instantly. The crowd starts to boo. Sidekick Nelson. Good punches on both sides. Body kick Gilbert. Burns clinches up, he has both under-hooks in, Nelson on the fence, but Gunni takes him down. Burns defends amazingly! 10-9 Nelson I think.

Gunnar fires back, fighters are trading punches, Burns on the fence. Gunnar pushes him, but fighters separate. Nelson has one under-hook in. He transition to double under-hooks. Short body shots Nelson.

Low kick Burns, and a punch. Knee off the clinch Burns. Nelson misses. Nelson has his back, but good elbow by Burns. Wow, what a superb takedown!!! Flying knee Burns, but Gunnar caught this strike!!!

Fighters on the ground, Burns could try anaconda choke out, but he gives up. Burns ends the round on the top. 10-9 Burns.

Another glove touch. Spinning back kick Burns, but missed. Low kick. Sidekick Nelson, he grabbed the opponent’s back.

Nelson ate big right hook. Now he pushes Burns against the fence and goes for a takedown. Gilbert defends well, but he is pressed against the cage, short uppercut by the Brazilian but Nelson continues clinching up.

The high kick missed by a hair, so close, Nelson moved his head well. Gunnar clinches up, fighters on the fence. Burns takes Nelson down, but oh, Nelson got up! Burns attacks Nelson on the cage, I think 10-9 Burns. 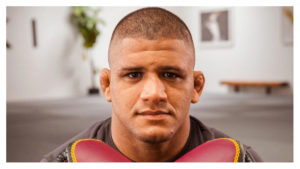 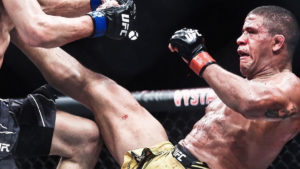 Gilbert Burns Calls For BMF Clash With Jorge Masvidal Next 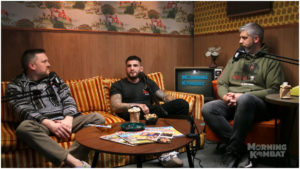 Sean Brady On Chimaev-Burns: “People Thought Khamzat Would F**king Shoot Lasers Out Of His Eyes” 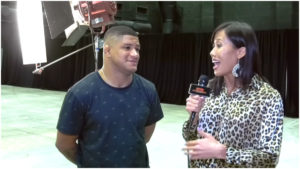