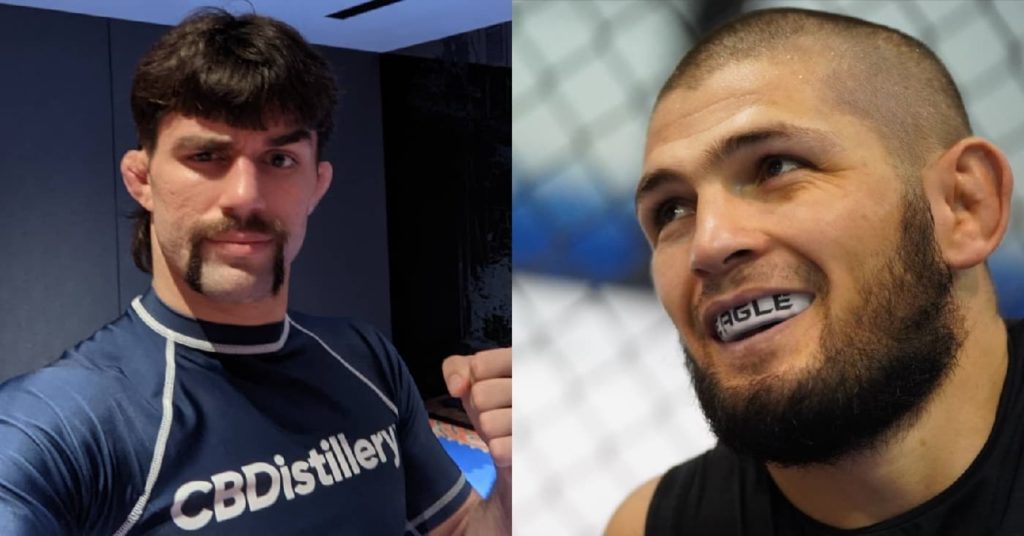 Khabib Nurmagomedov is undefeated inside the realm of combat sports up until this point. However BJJ standout turned MMA prospect, Garry Tonon feels that this would change if they were to go head to head in a grappling match.

To be frank, Tonon is one of the greatest Brazilian Jiu-Jitsu talents in the sport’s history. He has won championships in virtually every major BJJ promotion, from the ADCC, to the IBJJF, and even EBI. That is why when he decided that he wanted to make the move to MMA, he got the attention of everyone. He has looked good thus far in his transition as well, going 6-0 under the ONE Championship banner.

Between the high level of grappling prowess and the fact that they both compete at similar weights, there have been questions about how Garry Tonon would look against UFC lightweight champion Khabib Nurmagomedov. As far MMA is concerned, Garry is not exactly focused on that right now. However he has been vocal about being interested in taking on Khabib in a grappling match, and he explained in a recent interview that he believes this would be a one-sided affair that would easily go his way.

“I think if we ever had a pure grappling match, I’d pretty handily submit Khabib,” Tonon explained. “Probably the same way as if I had a pure wrestling match with someone who was an extremely dominant wrestler, they would beat me. But it would still be a fun, cool experience either way. I don’t know, I don’t see how anyone could debate that. People will because they’re uneducated about martial arts, but yeah, I mean a pure grappling match…it’s something that I’ve been doing for my whole life. He’s been focused on MMA his whole life, so he has an edge there, but in pure jiu-jitsu it’s hard to believe that he’d be able to do anything other than maybe edge out a draw or something. Depending upon the ruleset, if it was maybe sub-only and there was no ref’s decision, maybe he could not get submitted. That would be the best hope that he could possibly have, but I think it would be a dominant performance on my part if I ever fought Khabib in a jiu-jitsu or a submission grappling context.

“I think for Khabib, probably the thing that he doesn’t encounter more than anything else would be leg locks,” Tonon continued. “It’s a very under-utilized thing in mixed martial arts, so the likelihood that he’s in a mixed martial arts room where there’s anybody attacking his legs consistently in a way that he would be prepared for a threat like that is probably minimal…in Sambo there are some leg locks, but it’s completely different than being in a room like I’m in on a day-to-day basis, with the best jiu-jitsu guys in the world trying to submit each other with leg locks all the time. The level of preparation for something like that is completely different. So I think that would be the most obvious place where there would be a clear discrepancy in skills.”

To be fair, Khabib Nurmagomedov is a phenomenal and powerful grappler inside of an MMA context. That being said, it is hard to deny the points that Garry Tonn\on makes here. We have seen time and again that there are too many fine intricacies to specific disciplines for someone outside of that sport to be successful against that sport’s elite.