Lester claims that the Jackson-Wink academy screwed him over when it came to finances. Referencing missing out on 13k from Jones, Lester took to Instagram to explain his side of the story.

The image captured was of a new house and SUV that Lester worked hard to acquire after going through the process with three homes.

“After 3 different houses, being screwed over by the best team in the world —->> (@jacksonwink_mma) & No.1 lb for lb fighter on the planet @jonnybones on over $13k on his last title fight, myself, my wife & our children Jordan, Braden, & baby on the way Arya, finally have a home big enough for all of us. I have no regrets, I did my job and everybody who has followed my journey knows I did my job, Jon Jones & Mike Winkeljohn just did me dirtier that I have ever even seen in this fight game. But good always prevails over evil and we have a home big enough for all of us,” wrote Lester.

He continued, “I will be opening TANK Mixed Martial Arts In the next 6 months and we are going to takeover the beautiful city of Albuquerque New Mexico! Karma is real. And Jon, it’s on site with me & you & you know that. You stole from my family. You got me fired from my job for no reason and for that I am grateful bc I will never work for a crook like Mike Winkelloser again. I’m 10X ‘s the coach you’ve ever been. You just bought out Greg’s name and unfortunately, JACKSONS was out in the control of a dirtbag. But fuck you all very much! The [email protected] that comes to Ming when I hear your names are, cowardice & deceit. It’s on site JBJ. So keep that security close F><k boy we both know you ain’t no real one. [email protected] don’t steal from pregnant women & their families.”

Allegations of Jon getting fired have resulted in the opening of TANK martial arts, which will actively compete for business head to head against Wink’s gym in Albuquerque, New Mexico. While the accusation on Jones wasn’t fully detailed, all we know so far is that Frank Lester’s side of the story points to shady business being conducted at Jackson-Wink, which has also been expressed by some of its ex-fighters in the past.

Jones saw the post from Lester and responded with words of his own.  In the comments, he vows that Frank’s allegations are false. Also, he hinted at Lester probably wanting to take legal action against Jon, as he would probably lose. 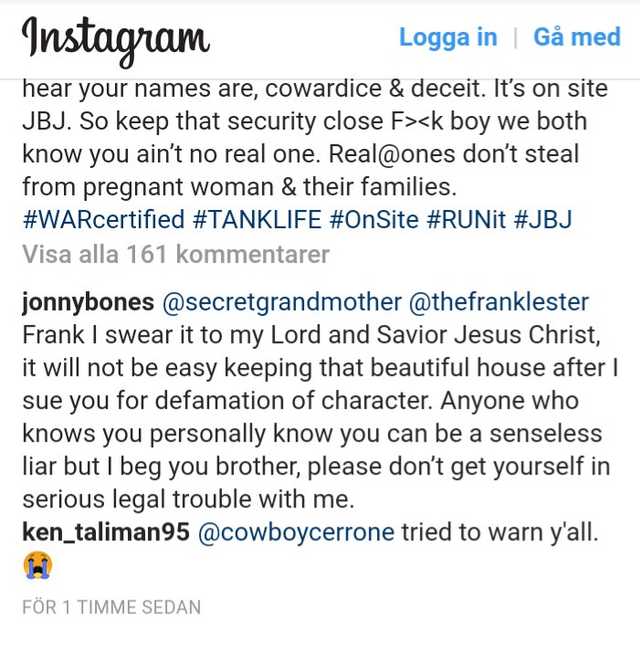 Jones could also be seen on Instagram speaking about the alleged amount of money owed in more detail. 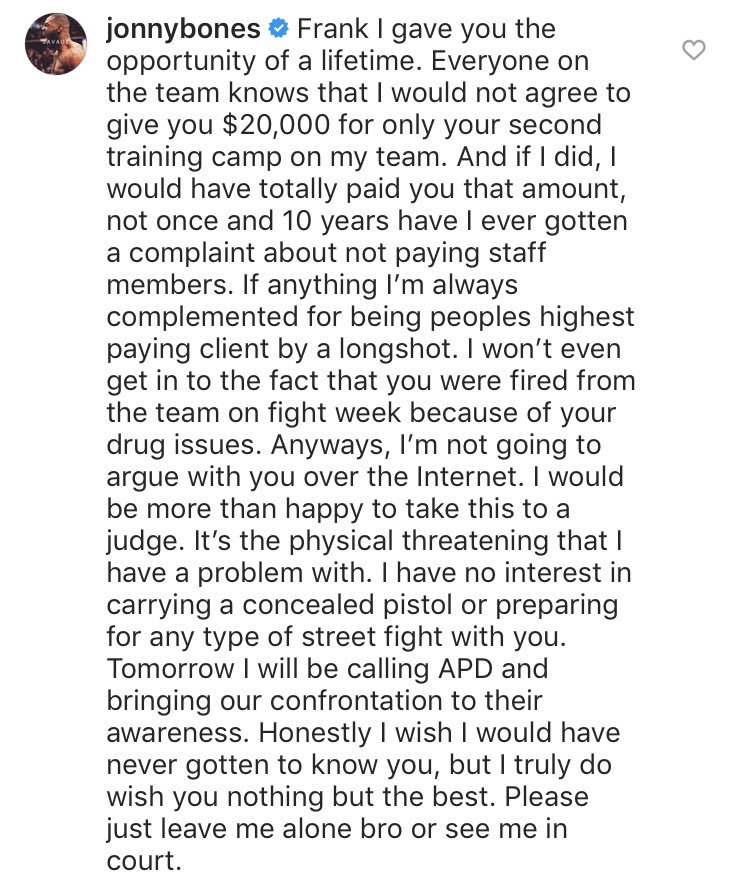 As more information arises, Middle Easy will refresh everyone on this story. When Jon decides to respond to these allegations, we will update accordingly.

Kevin Lee: 'A Lot Of People Want To See Me Get In There With Khabib'
Read Next Post →
Click here to cancel reply.