Francis Ngannou has been out of action since January following knee surgery, but a late 2022/early 2023 return seems likely for 'The Predator'

Francis Ngannou is expected to make a return as early as December 2022 with the goal of facing a returning, and much bigger Jon Jones.

The last time we saw ‘The Predator’ in action, it was at UFC 270 in January. Ngannou successfully defeated Ciryl Gane in the evening’s main event after months of public discourse with Dana White and the UFC over contract disputes. While it’s still up in the air as to whether or not that has been resolved, all signs point to Ngannou returning in late 2022 or early 2023 after a lengthy recovery from knee surgery.

Francis Ngannou’s head coach Eric Nicksick spoke to MMA Fighting about the heavyweight champion’s potential return to the Octagon. Believing that Ngannou vs. Jones is the fight to make, Nicksick couldn’t guarantee that ‘The Predator’ would be ready to go by then.

“The fight that makes the most sense is obviously Jon Jones,” Nicksick said. “That’s the fight we all want. The way I look at it is, Jon Jones has been out for two and a half years. If we can’t do it in December and depending on the way the UFC schedule plays out, maybe [it can happen] in January or February, somewhere in that timeline.”

While a fight between Ngannou and Jones appears to be the goal, another possibility is the return of Stipe Miocic. Regarded by many as the greatest UFC heavyweight of all time, the Ohio native could return to a rematch with the man that took heavyweight gold from him nearly two years ago.

“Jon hasn’t fought in so long, Stipe hasn’t fought since Francis beat him, so that will be two years for Stipe in March, so might as well wait another month for the super fight and the fight to make.

“Honestly, for me, I’d love the Stipe fight again, or the Jones fight, but if I had my choice between the two, obviously I want to compete against the best to ever do it, in my opinion, and that’s Jon Jones.”

A December 2022 Return May Be Too Soon For Francis Ngannou

With Francis Ngannou having surgery in March, a December return may be a little too close for comfort. While we may not get the return of ‘The Predator’ for Christmas, shouldn’t have to wait long after before seeing the heavyweight king return to defend his crown.

“Once he gets back home and the [UFC Performance Institute] reevaluates him — because he was home for the last month to see where his knee is at — and I speak to [his manager] regularly to see what’s going on with the business side of everything, and I don’t think December is going to be a realistic timeline with where he’s at with the rehab. I think it’s only been five months because he had the surgery in March, so October would be six months for him.

“With that type of injury, that type of surgery, I think December’s [making] it a little close, to be honest with you. But you never know with this guy, he might just come right back and be ready to go, and you never know what the UFC is going to be putting on our plate, either.”

At UFC Paris on September 3rd, surging heavyweight Tai Tuivasa will step into the Octagon to take on Ngannou’s last challenger and the No. 1 ranked heavyweight contender, Ciryl Gane. With a win in Paris, Tuivasa could stake his claim as the rightful challenger to Francis Ngannou’s heavyweight title. 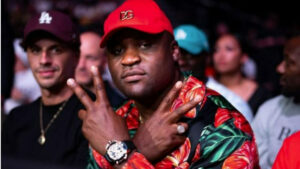 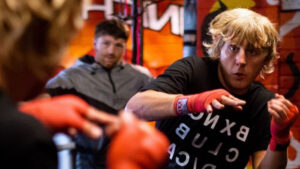 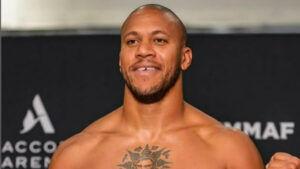