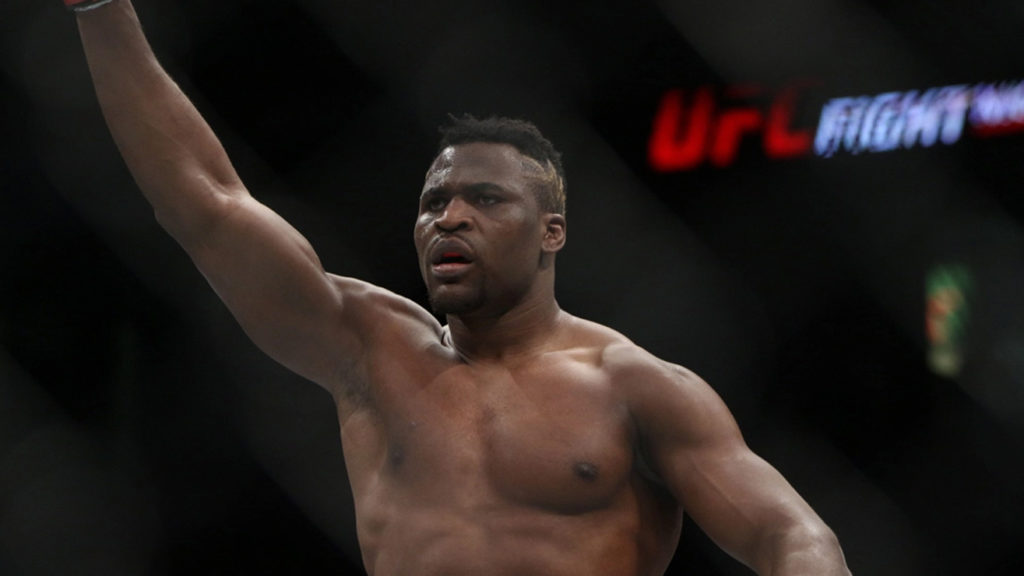 As if the pair weren’t already motivated enough, UFC president Dana White announced beforehand that the winner of this bout would be next in light for a heavyweight title shot.

Ngannou cemented himself as a real force in the heavyweight division with an unreal first-round finish of Alistair Overeem.

Overeem moves forward with a left hook right away, then shot for a takedown. He presses Ngannou against the cage. Frances had Overeem’s back against the fence, so the referee separated them. Ngannou counters and shattered Overeem with a huge left hook that put him on the canvas.

Check out some of the Tweeter pros reactions:

Well, Ngannou landed first. Scary, scary power. Nobody at heavyweight wants to get hit by that cinder block fist. What a great story he is. #UFC218

What a win! Congrats on the Big Ten Championship! #GoBucks