Female fighters will be in EA UFC, they will NOT be able to fight male UFC fighters

The day has come. You can now control a digital version of Ronda Rousey and make her do whatever you want. She will do your bidding, and there’s no force in nature that will prevent her from doing it.

EA Sports just announced that female fighters will be in EA UFC and each fighter will have signature moves like Rousey’s signature armbar. Check out this small excerpt from the press release.

Starting next Spring, players will “Feel the Fight” in the Octagon™ and experience the crippling power of Rousey’s signature armbar, the ferocious intensity of Tate’s grappling, and many other fighting styles from an esteemed roster of female fighters in EA SPORTS UFC.

“This is a great moment for videogames and for Mixed Martial Arts,” said Dean Richards, General Manager, EA SPORTS UFC. “In our commitment to delivering the most realistic fighting experience ever achieved, we wanted to represent the full spectrum of talent and diversity of all the fighters in the sport, including women who have become an undeniable force to be reckoned with.”

“Since we added the Women’s Bantamweight division earlier this year, the women have impressed everyone,” said Dana White, UFC President. “The fights are always exciting, Ronda Rousey is as talented as any champion in the UFC and her rivalry with Miesha Tate is one of the most intense in UFC history. The female division has become a huge part of the UFC and fans will now be able to experience fighting with them in the game.”

The press release also had a video of someone from EA Sports interviewing Ronda Rousey and calling her upcoming fight with Miesha Tate a ‘contest,’ I sort of tuned out after that. 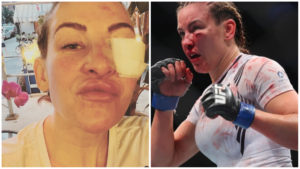 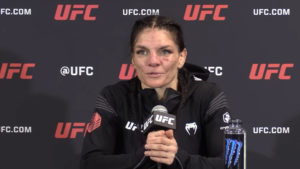 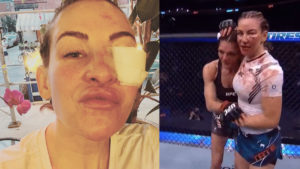 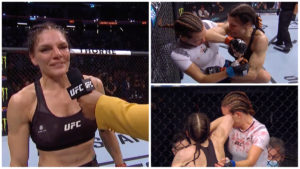