UFC on ESPN 12 Results: Dustin Poirier Defeats Dan Hooker By UD In Back And Forth Fight (Highlights)

Dustin Poirier had to dig deep to win tonight as he faced a motivated and talented Dan Hooker in an exciting fight.

A lightweight clash is upon us in the main event of the evening, as former interim champion, Dustin Poirier looks to get back into title contention. His opponent Dan Hooker attempts to keep ascending the ranks of the UFC’s best division and bring another champion to New Zealand.

Referee Herb Dean checks that both fighters are ready and here we go! Good kick to the body from both fighters, Left hook lands for Hooker who then lands a leg kick. Poirier lands a left hand of his own. Middle kick from Hooker caught by Poirier who throws a left hand but Hooker evades the punches. Hooker lands two kicks to the groin area of Poirier but Dustin seems fine. Poirier lands a body kick in response to another low calf kick from Hooker. Another kick lands for Poirier, he gets a big overhand right inside and Hooker gets in a clinch. Poirier lands some right hands in the pocket and Hooker lands some body shots before getting away from him. Hooker lands a stiff Jab and Poirier responds with a left hook.

Body kick from Hooker s blocked by Poirier. Poirier lands a big right hand but Hooker comes back with one of his own. Poirier tries to get the takedown but settles on a clinch. Poirier lands some big consecutive punches in the pocket and changes levels, the takedown is stuffed by Hooker. Body kick lands for Poirier, he follows it up with an uppercut. Hooker lands a one-two and Poirier counters him with an overhand right. Poirier forces the clinch and lands an elbow. Hooker lands a jab and Poirier lands a one-two, nice left lands for Hooker. The calf kick lands for Hooker, he then lands a great head-body combination. Poirier lands a big right hand but Hooker maintains the pressure and lands some devastating blows before the end of the round.

Hooker takes the center of the octagon and follows Poirier around the fence, Poirier lands to the body and keeps moving side to side. A right hand lands for Poirier but Hooker comes back with a left hand. Poirier lands in the pocket and seems to rattle Hooker but the kiwi keeps moving forward. Hooker changes levels and gets the takedown but Poirier gets a guillotine, the choke seems to get tighter but Hooker gets his head out of danger. Hooker lands some rabbit punches but Poirier lands a short elbow. Hooker fights off an armbar attempt. Poirier gets up and Hooker lands a knee. Poirier lands some big punches right as he breaks the clinch.

Final round and Poirier looks like the fresher fighter, he lands some nice right hands. Poirier lands a left hand. Hooker lands to the groin but Poirier doesn’t want to stop the fight. Poirier lands the jab and follows it with a big left hand. Two left hands land for Poirier and Hooker gets the takedown. Poirier pushes on Hooker’s head to get back to his feet and breaks the clinch. Hooker tries to get another takedown but Poirier defends well. Hooker pushes Poirier to the fence and gets in a clinch. Poirier lands a short uppercut and breaks away. Hooker tries to get another takedown but Poirier reverses the position and gets on top, he lands some quick short punches as the round ends.

WHAT A COMBO! 🔥 #UFCVegas4 pic.twitter.com/Tdll6REGM3

So who else is losing their mind after every punch!? #UFCVegas4 pic.twitter.com/vOFmAli4Sx

💎 @DustinPoirier IS A MANIAC. #UFCVegas4 pic.twitter.com/MSXq9qRMbw

THESE PHOTOS ARE INSANE. 😳 #UFCVegas4 pic.twitter.com/LxD9owZjuz

"How about that Dan?" 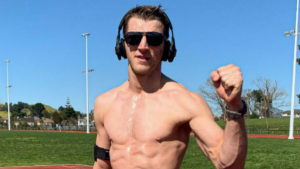 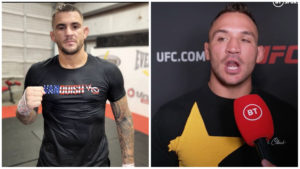 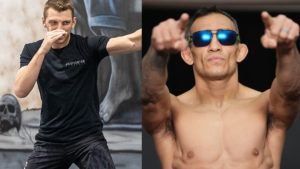 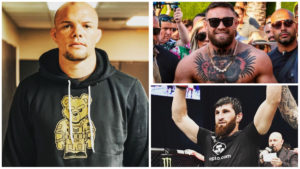