Daniel Cormier Knocks Stipe Miocic Out Cold In The Main Event Of UFC 226!

Superfights are very rarely talked about, and the main event of UFC 226 will be the showdown of two real legends of this sport – Stipe Miocic and Daniel Cormier. When the UFC organized the fight between Welterweight champion Georges St-Pierre and Lightweight champion BJ Penn, promotion noticed these kinds of events simply make the crowd wild. Since then, super fights are mentioned a lot more often!

Stipe Miocic (18-2 MMA, 12-2 UFC) is currently on the throne of Heavyweight division. The devoted firemen and a man who is extremely popular in his community come with a six-fight winning streak. His notable victims were Mark Hunt, Alistair Overeem, Junior dos Santos, and Francis Ngannou. In the main event of UFC 226, he will be looking for the chance to dominate the ground game. Stipe has a reach advantage.

Daniel Cormier (20-1 MMA, 9-1 UFC) is one of the toughest fighters in the history of this sport. His only “losses” came from Jon Bones Jones. Cormier comes with a great victory over Volkan Oezdemir. He was a Strikeforce Heavyweight champion and he is current UFC Light Heavyweight champion of the world. His notable victims are Frank Mir, Anthony Johnson two times, Alexander Gustafsson, and Dan Henderson.

Cormier has few extra pounds, he could use it! DC will be looking for the chance to outwrestle the current champion at the main event of UFC 226. We are live here in T-Mobile Arena, Las Vegas, Nevada, and we hope for the legendary showdown!

Both fighters look very calm in the beginning. Fighters shake hands size difference is so big… Cormier is cautious Miocic goes forward. Stipe lands few shots and Cormier misses with a right uppercut, good low kick by Cormier. Miocic receives an uppercut and the fighters in the clinch. Miocic trips Cormier but DC stands up, Stipe has his back against the fence.

DC spins and tries to defend, Stipe has a dominant position. Good knee by Miocic. The referee warns them to fight. Again knee by Miocic and a right hand, but Cormier lands another punch. What a right hand by Miocic, he presses Cormier with a knee and pushes him against the fence. DC with an unsuccessful takedown attempt!

Good low kick by Cormier. And again! Good left elbow by Stipe. Cormier is in trouble, great right hand and elbow by Miocic.

Stipe is bleeding! He has a cut under his right eye. It looks like this is an eye gauge, the referee warns Cormier!

Daniel Cormier sends brutal right cross off the clinch to Miocic’s chin and he is rocked. Cormier punches him out on the ground and the referee Goddard stops the fight! 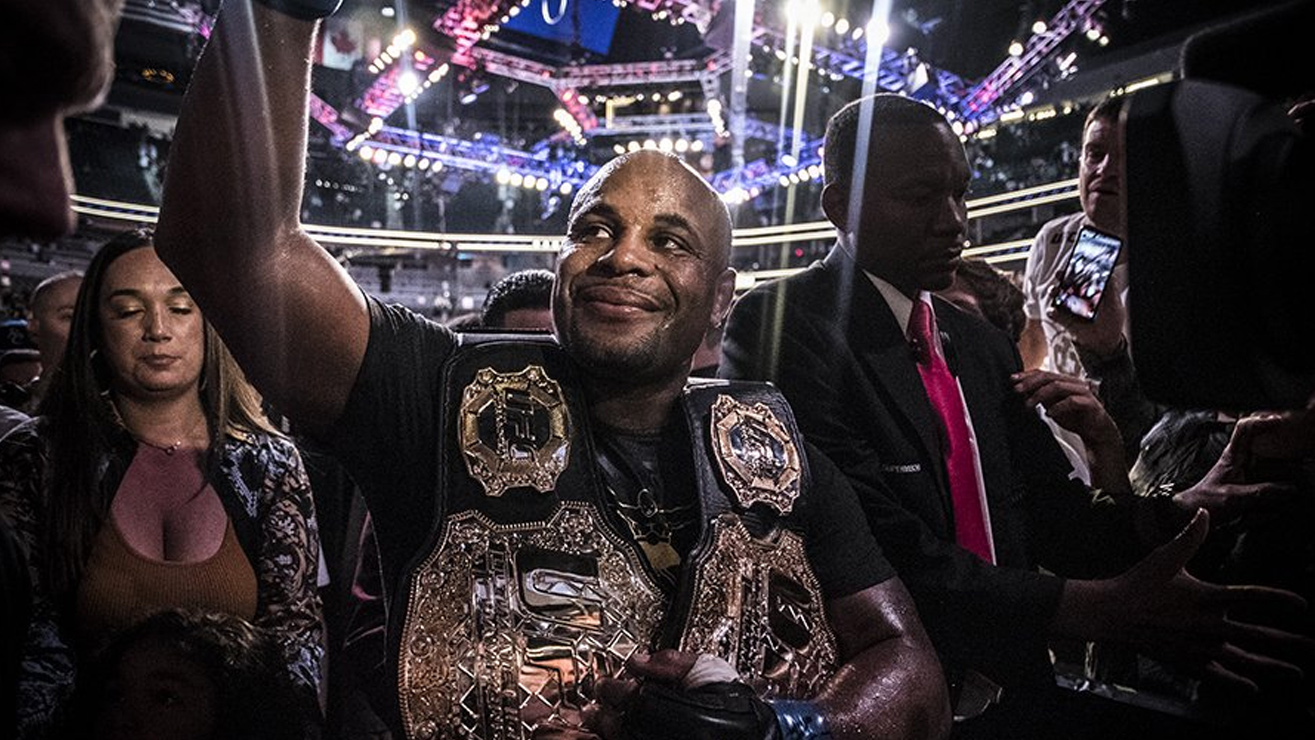 They're exchanging in round 1! Miocic and Cormier eating each other's shots! #UFC226 pic.twitter.com/jc0iqemDzC

Daniel Cormier improves his score to 10-1, while Stipe Miocic drops to 12-3.