Paige Van Zant made it clear that she would test the open market to see what she was worth after fighting out her contact. After her loss at UFC 251 Dana White encourages Van Zant to do so. 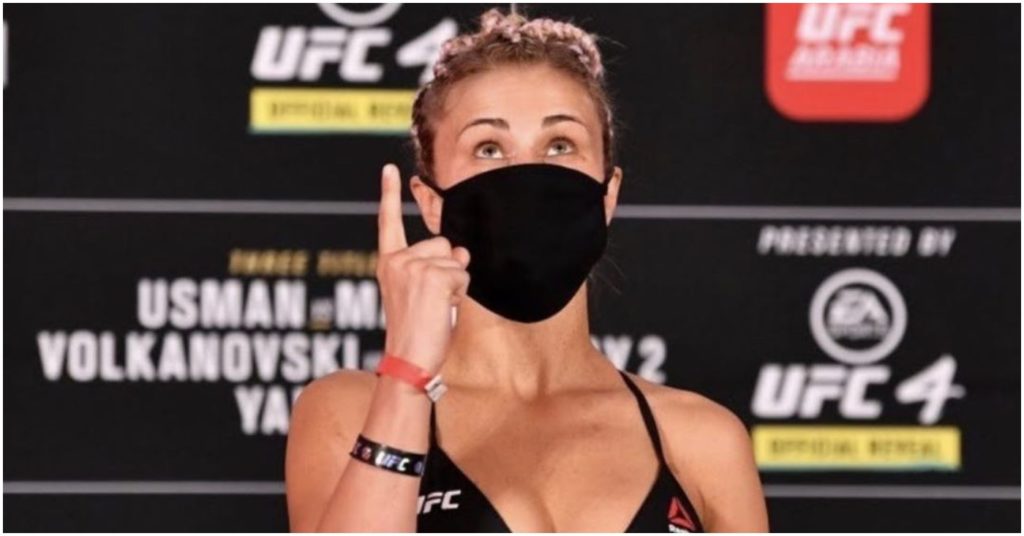 The UFC can be a tough business. Especially for high profile fighters who suffer unfortunate losses. In the current climate of the sport, fighter pay is the most prominent topic at the forefront of all MMA conversations. Last night, UFC stat Paige Van Zant fought out the remainder of her contract with the company and lost to Amanda Ribas. Now, Van Zant, who has openly spoken about testing the free agency market, is being encouraged to do so by UFC President Dana White.

PVZ has established herself as more than just a UFC fighter. She has grown into a multi-facet star, appearing on Dancing With The Stars, and getting her own Sports Illustrated swimsuit edition. This, joined with a budding career as an Instagram model, leaves her with several opportunities outside of fighting. Which simply can not be said for many other fighters on the roster.

Unfortunately for Paige, she’s 2-5 in her last few outings with the company. And, while Van Zant is extremely successful outside of the octagon, she might have issues getting the pay raise she wants. After her loss at UFC 251, UFC President Dana White spoke about Van Zant’s desire to test free agency. As expected, he encouraged Paige to do so.

“I like Paige. I like Paige. (But) It’s like (Curtis) Blaydes – when Blaydes fought,” said Dana. “When you talk all that stuff, ‘I’m not getting paid enough,’ and (you’re) fighting inconsistently, one time in the last year (because of injuries), and then get smoked in the first round of the fight, she should definitely test free agency.”

Paige has voiced her displeasure with her paycheck from the UFC ibn multiple occasions. Furthermore, she’s said that she makes more money on Instagram or doing Dancing With The Stars than she does fighting.

Now, Van Zant will have the opportunity to see exactly what she is worth on the open market.