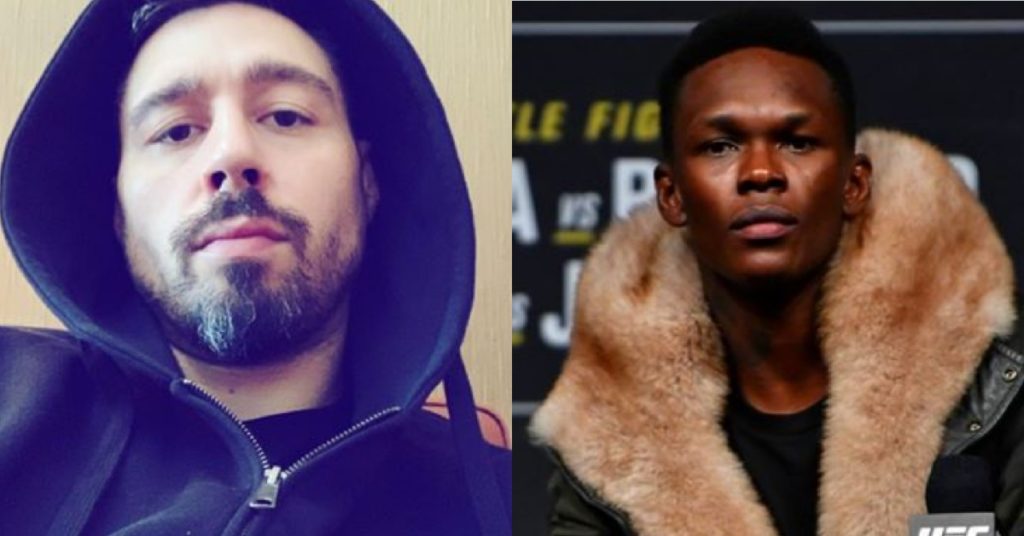 Israel Adesanya is looking to get his first middleweight title defense against Yoel Romero at UFC 248. According to Dan Hardy, a big win here puts him on his way to serious accomplishment.

Hardy has been Octagon-side to witness a ton of incredible performances. The former fighter turned analyst and commentator has become a well-respected name in combat sports. As a result, he is someone who can be trusted when giving his thoughts on a contest or fighter.

Hardy decided to give his highly-touted opinion about the upcoming UFC 248 bout between Israel Adesanya and Yoel Romero recently. Speaking with Submission Radio, he provided his opinion about the fight, and Adesanya in general. In fact, he believes that, with a few more marquee wins, Izzy could be right up there alongside another great middleweight champion.

“I think the odds are stacked in Adesanya’s favour because he’s the technician,” Hardy said. “he’s a better technical fighter than Yoel Romero. Doesn’t necessarily have the explosive capabilities of a Yoel Romero, but has got the endurance and enough strength to make those shots count over time. Yeah, I feel like it’s Adesanya’s fight to lose, but the threat of losing is a very real one.

“There was a point where everyone thought ‘this is the right person to beat Anderson Silva,'” Hardy continued. “and IT got to the stage where every time he stepped into the octagon, it was just like, there’s not even any point in this title defense because he’s gonna make it look too easy. And I think Adesanya’s probably two or three fights away from that status. But he’s well on his way.”

Israel Adesanya is a bit far from the record-setting title reign of Anderson Silva. Nevertheless Dan Hardy has a good point, that he is technically better than most middleweights.

(Video) Mike Tyson Gets Emotional Recollecting his Past Days of Annihilation
Read Next Post →
Click here to cancel reply.