Cyborg has only now realized that Dana White and Ronda Rousey have been mocking her for years, should fight Dana White

All Cris Cyborg needed was an opening. Something to point at. Finally, she realized that she was being mocked all these years, and damn it, she was going to let the world know. That’s why when Ronda Rousey blasted media for saying she was fat (who said that?), Cyborg basically explained that Ronda and Dana White have been mocking her body image for years.

This, after years of not being able to get into the UFC due to lack of featherweight division (which she’s cleared out) and with only the brave wanting to fight her. Naturally, what Cyborg should be doing is not calling out people for bullying, she should be calling out Dana White, and asking to fight the former boxercise instructor. Not this:

I find it Hypocritical of @rondarousey to complain about people in Hollywood being critical of her body image, talking…

This is exactly why Cyborg isn’t where she should be. She knocks people out in the cage, and looks weak outside of it. Instead of complaining about being bullied, grow the balls people think you should have and start challenging Dana. See what he says. Look at how much Ronda’s stock has raised since calling out Mayweather. 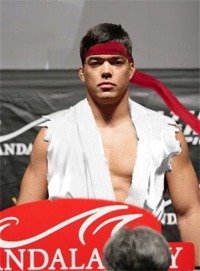 Cyborg has only now realized that Dana White and Ronda Rousey have been mocking her for years, should fight Dana White
← Read Last Post

Video: A woman broke into Urijah Faber's house blew up his bathroom, passed out, and got arrested
Read Next Post →
Click here to cancel reply.