Many Trump supporters angrily confronted the South Carolina Senator for denouncing the Capitol protests and riots.

Like many Republicans, Graham has distanced himself from Trump following the protests and riots at the Capitol earlier this week.

He even denounced him and ended his support for him, at least when it came to the alleged rigged election, as what happened at the Capitol was far enough for Graham despite aligning himself with Trump over the course of the last four years.

“The reason I’ve been close to the president is I think he’s done tremendous things for the country.… I have absolutely no regrets of helping this president make us safer, more prosperous,” Graham said (via Newsweek). “As to yesterday: it breaks my heart that my friend, a president of consequence would allow yesterday to happen and it will be a major part of his presidency. It was a self-inflicted wound. It was going too far.

“… If you’re a conservative, this is the most offensive concept in the world that a single person could disenfranchise 155 million people. To the conservatives who believe in the Constitution, now’s your chance to stand up and be counted.”

Naturally, many pro-Trump fans were not pleased with Graham’s change of heart as a group of them assembled at the Ronald Reagan Washington National Airport in Virginia to heckle the Senator.

Robinson, of course, being one of them.

You can watch the video below, which much like many right-wing claims about the election, has been flagged by Twitter for being false. As of now, it also can’t be replied to, retweeted or liked due to a risk of further violence.

Robinson is a known Republican, having run in Nevada’s 3rd congressional district in the 2020 election.

She won’t be the last with a connection to MMA to be pro-Trump even now, either. 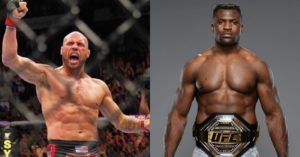 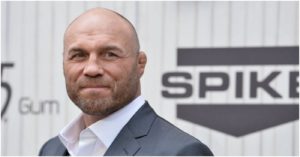