Pics: Conor McGregor is really getting into alligator wrestling

Well at least Conor McGregor is working on his wrestling. Over in the world of the rich, famous, and powerful life is pretty good. When you’re checking account is that stacked, you have to look for outside of the box for interests to tickle your fancy.

Enter into the fold the next evolution of Mystic Mac. Conor McGregor: Professional Alligator Wrestler. This is what it has come to.

Or maybe it’s just a commercial for Proper 12? From here on out anytime McGregor does something off the wall just simply fall back on the fact that it might some form of viral marketing campaign for Proper 12.

The next time Mystic Mac is hanging out in a treehouse listening to EDM with some UK Instagram models? Yeah, that’s a Proper 12 advert, no worries.

While the MMA world wonders when McGregor will return, the biggest name in combat sports is being himself. Being McGregor now includes Alligator wrestling in the swamps of Florida.

When will McGregor fight next? No clue, but would it surprise anyone if he took the Diaz Brothers path to early retirement?

McGregor looks fit and ready for a fight, but for some reason neither he or the UFC feel in a hurry to book his next fight. Is this a case of Mac not being motivated by any future opponents? Or the UFC not wanting to pay him anymore than he made at UFC 229?

Already three months into 2019, how many times will Mac fight in 2019? Would anyone bet more than once?

From McGregor’s own IG page here is a story of that one time Conor chilled with a gator. Makes sense and very on brand. 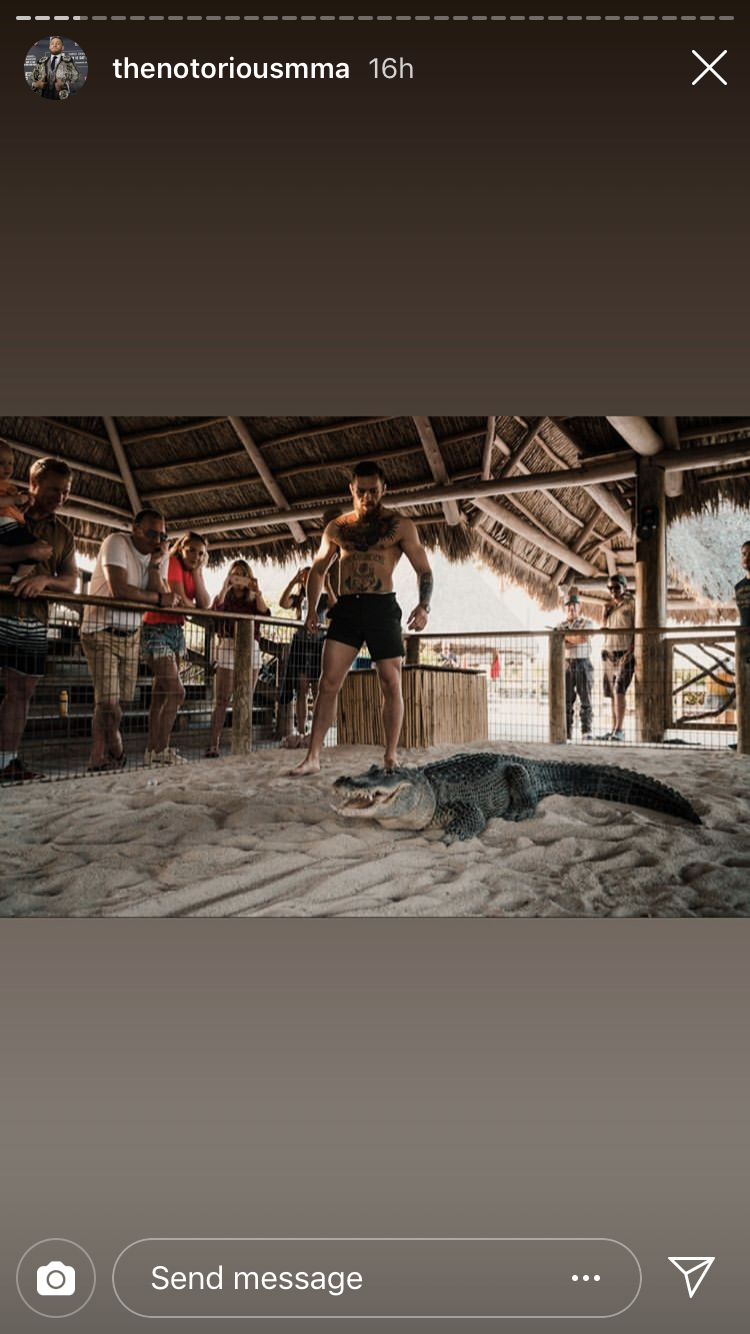 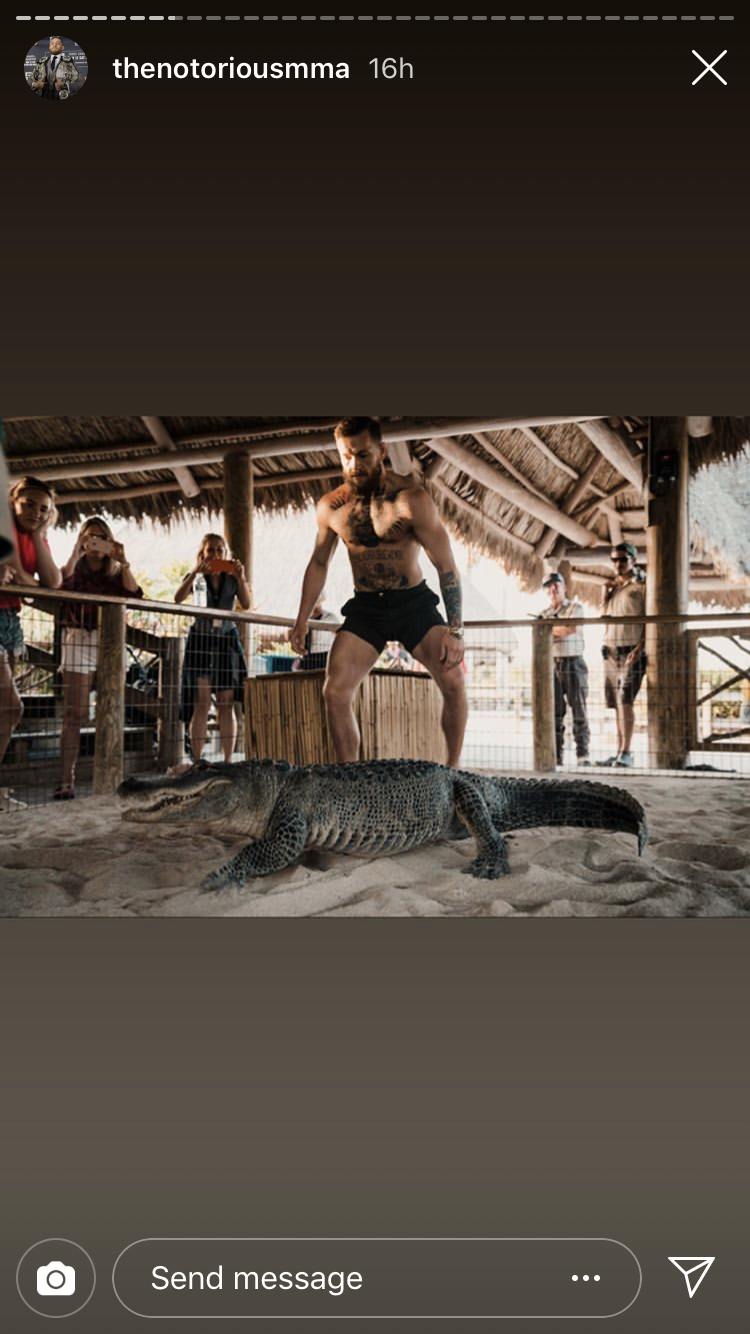 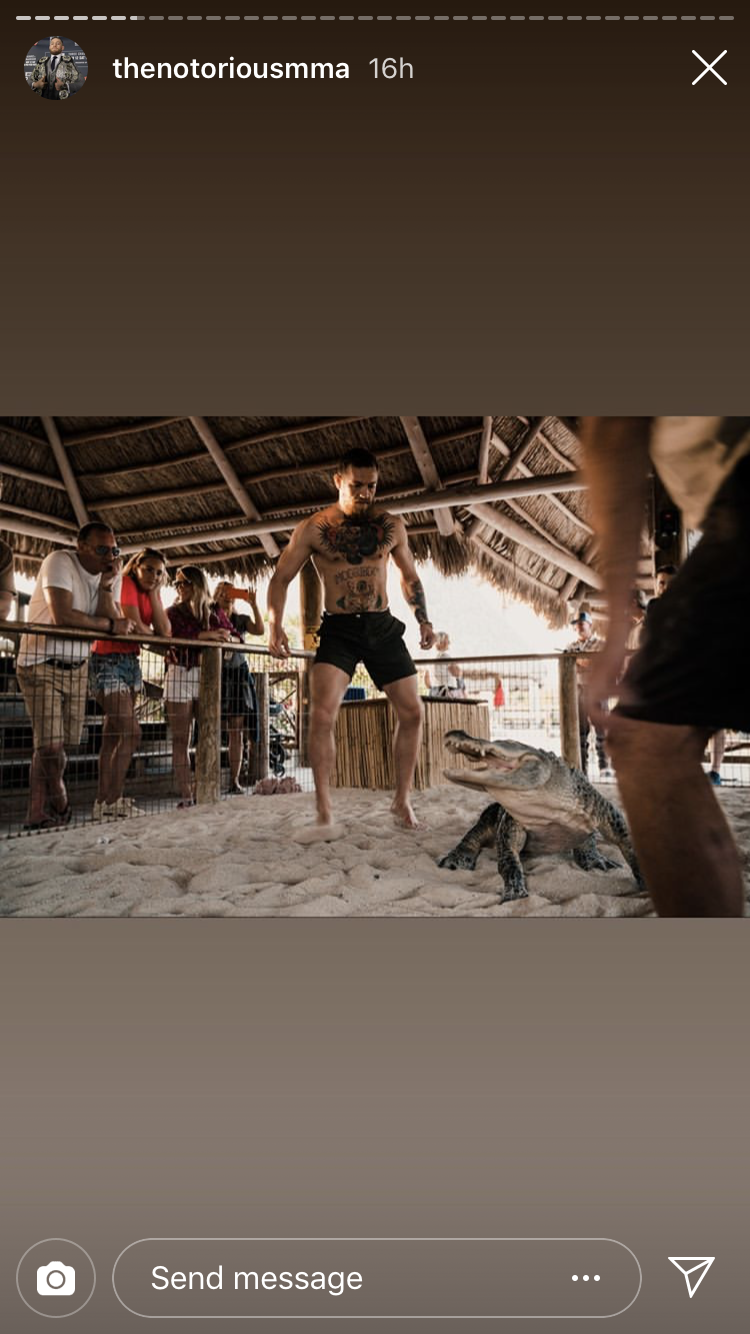 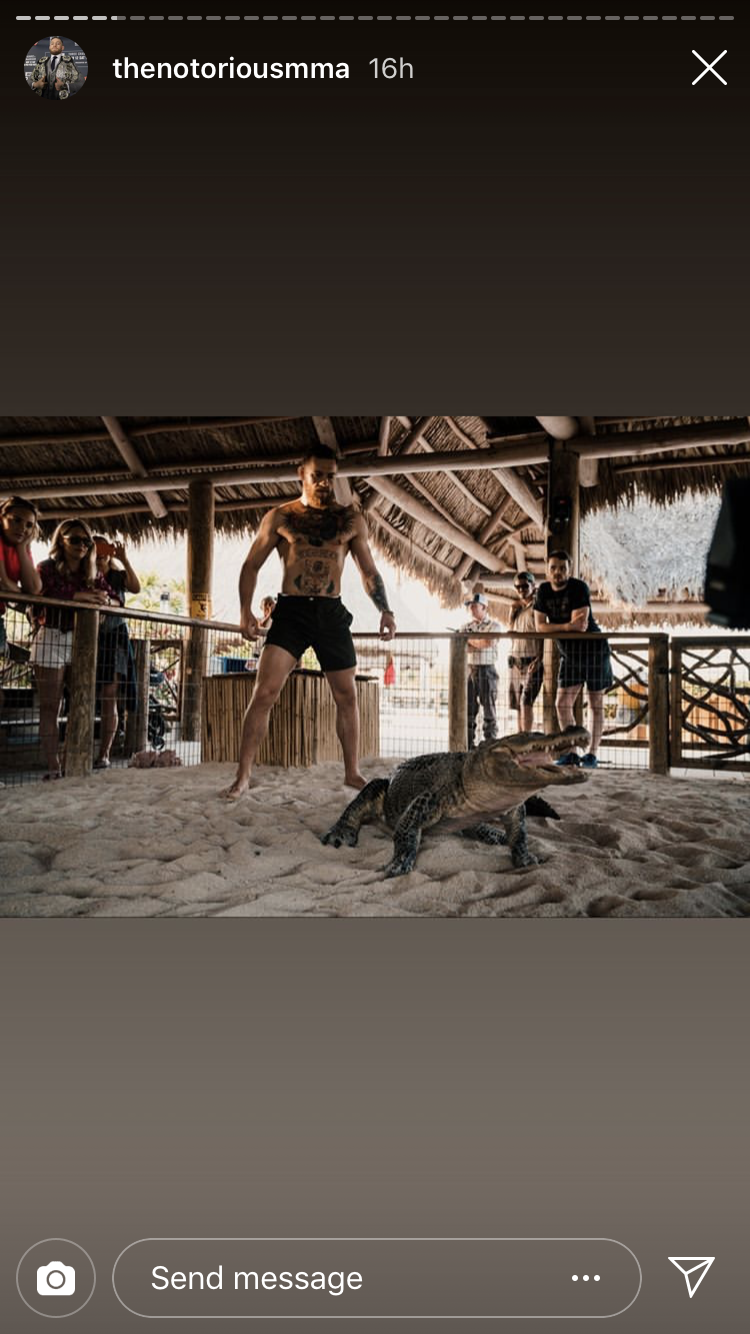 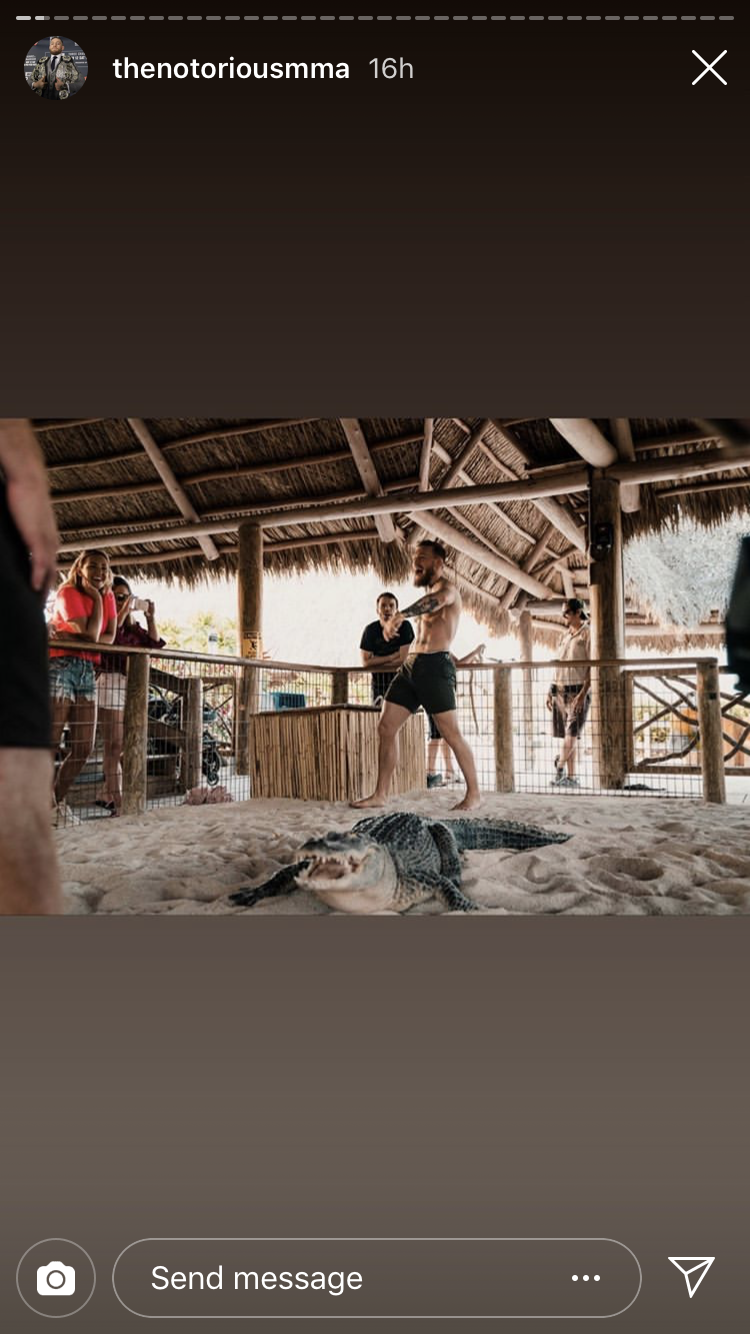 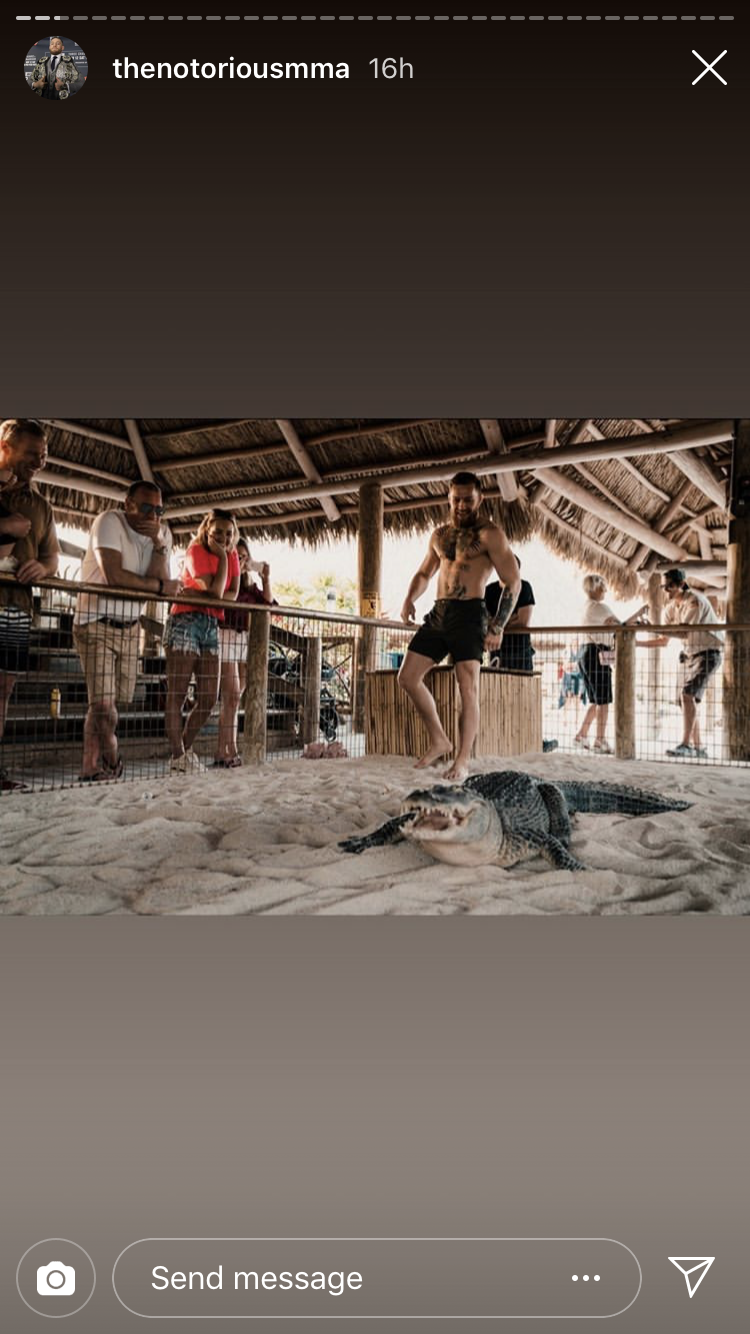