Nurmagomedov was a favorite before this match, but Zawada surprised him with a fantastic triangle choke and forced him to surrender in the first round. Conor McGregor was quick to share his thoughts on social media, firing shots at Khabib’s cousin. 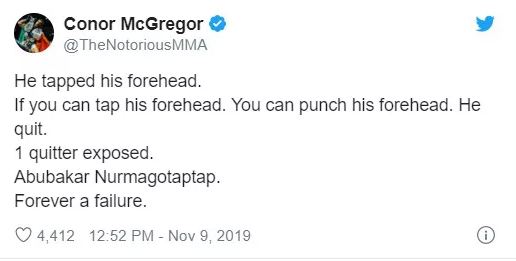 “Console him. Then tell him he’s cut.”

What are your thoughts on Conor’s shots at Abubakar Nurmagomedov?

Logan Paul And KSI Will Each Earn $900,000 Guaranteed In Rematch
Read Next Post →
Click here to cancel reply.