Cole Miller is down to fight Donald Cerrone anywhere

When I was in high school I figured out how to cut school the maximum amount of time every month without my parents ever knowing what was going on. If I cut one study hall, lunch, one other random class per week and one full day every month my parents would never know because they didn’t call them for those minor infractions. I got away with it for almost my entire sophmore year. We’d usually go to Bob Evans and sit and eat chocolate chip waffles with whipped cream and bacon or go hang out at the $1 movie theater. It was at the time, the best thing ever.

Well, one day it all ended when my cousin’s girlfriend at the time, Manuella Grisgby saw me in a convenient store and smiled in my face and then turned around and called my Daddy. Man, what a self-righteous jealous hater that Manuella Grigsby. That was the end of my $1 movie trips and chocolate chip waffle days. I’m still mad about that, and have wanted to fight that snitch ever since. Matter of fact I will fight her still, anytime, anywhere.So- bring it Grigsby!I have a size 7 and a half shoe that I’d like to place ungently upon your upper lip next time I cross your path.

Cole Miller feels the same way about Donald Cerrone. Ever since Miller beat Cerrone’s friend and training partner Leonard Garcia back in September of 2007, The Cowboy has been gunning for him. Get it? Cowboy? Gunning? Oh wow, that was some seriously amazing stuff I just gave you right there…Really though, Cowboy does not like Miller and has not been shy about letting the world know. At WEC 53 last Thursday, Cerrone named Cole Miller as the guy he wants to fight at his UFC debut. Check out Cole Miller’s response to Cerrone in this interview featured on MMANEWSLEAK.com 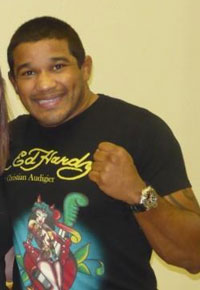 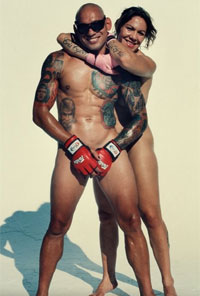