The former bantamweight champion won’t be fighting until next year!

After suffering a tendon injury from training last week, UFC bantamweight champion Cody Garbrandt (11-3 MMA, 6-3 UFC), will need surgery which means he won’t be headlining any events until sometime next year. 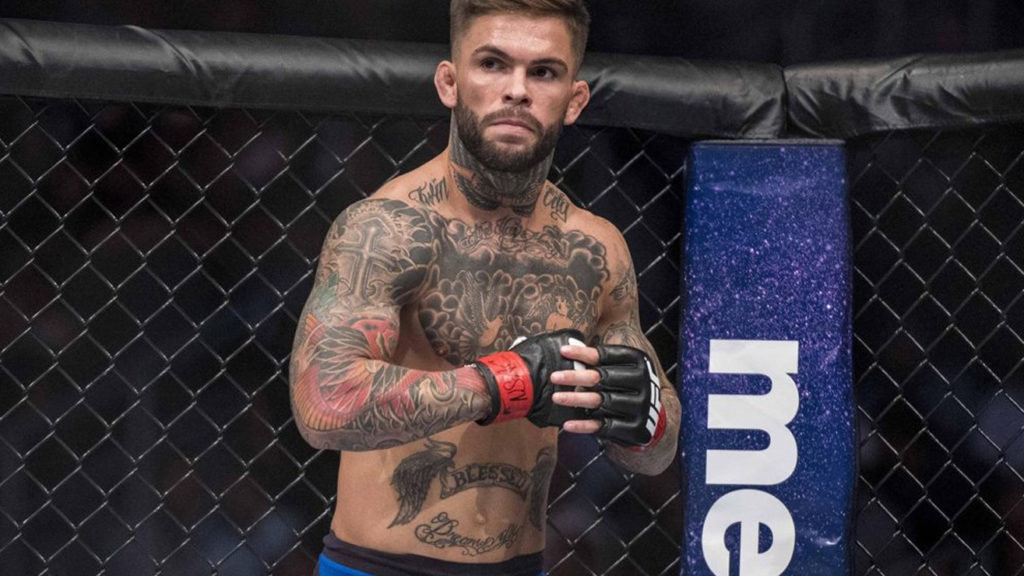 His manager Ali Abdelaziz confirmed with MMA Junkie that surgery has already been planned for the 28-year-old, so it’ll be a while before he steps into the octagon.

Garbrandt was also suffering from a hand and wrist injury previously but he was about ready to fight again; however, he’ll have to wait it out now.

Garbrandt has gone 0-3 in his last three matchups, losing his most previous fight to Pedro Munhoz via TKO (Punches) in March, with two prior losses to T.J. Dillashaw via TKO and KO. So, 2020 will need to be a big comeback for Cody Garbrandt or he’ll quickly find himself in a tough predicament after starting off his professional career with a perfect 11-0 record.

Video: CM Punk gets into an altercation/fight with fan while doing commentary
← Read Last Post

UFC 241: Anthony Pettis Down To 'Spark One Up' With Nate Diaz After Fight
Read Next Post →
Click here to cancel reply.