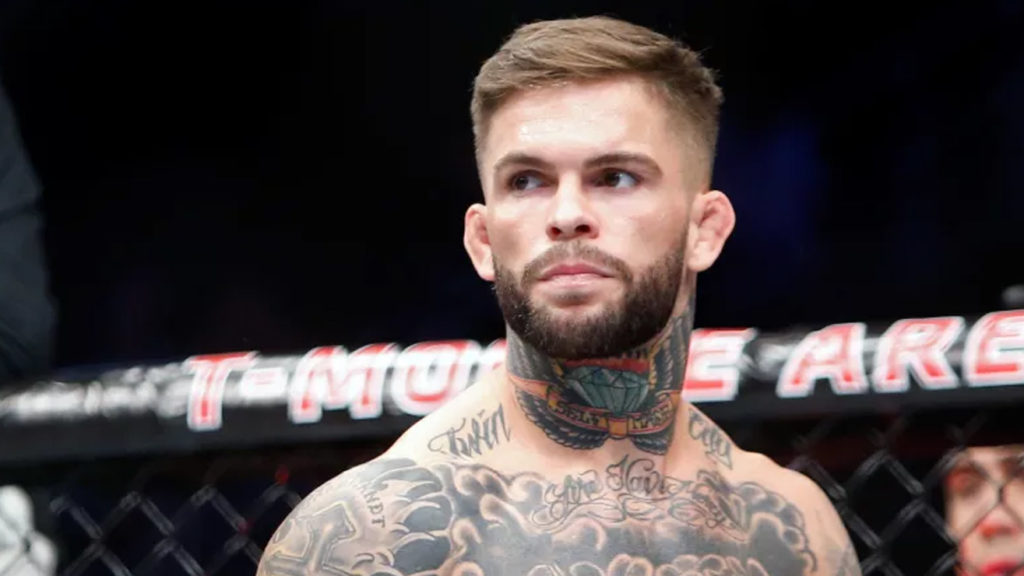 Cody Garbrandt who lost the UFC bantamweight title at UFC 217 against TJ Dillashaw last November. No doubt it was a bit difficult for Garbrandt to swallow this loss but “No Love” believes this will help mold him into greatness.

“I lost an amateur fight where it was supposed to be my last amateur fight before going pro and people were like, ‘Oh, you think you’re going to make this? You just got knocked out as an amateur?’ And I went on to win 13 fights straight and become a world champion, the best in the world. So that’s why I’m so motivated now. I just took it all in, walking out of the Octagon on November 4th [at UFC 217]. Like, alright, we’re on this, I knew 100 percent we’d get this shot again. [I] didn’t care how long it had to take me.”

Cody mentioned his defeats in the amateur ranks where he was submitted in his first amateur bout and knocked out in his second to last amateur fight. Garbrandt was able to overcome those losses to become a UFC champion. Cody is hopeful he’ll do the same in his upcoming bout.

The loss was the first defeat of Garbrandt’s 12-fight career. During his run, ‘No Love’ earned the reputation as one of the hardest strikers in the 135-pound division.

The long-standing rivalry between the two, which began when Dillashaw left Team Alpha Male. Garbrandt addressed that he was unhappy how Dillashaw was screaming at him after the finish.

“I know damn well that dude would never, ever do that if there wasn’t that referee in there,” he said. “Never, ever.”

“He’s a coward,” he added. “That’s it. He wanted to act like that, he’s not a real champion. Getting in my face like that, flexing on my coaches, I’m going to remember all that and that’s what motivates me in training. So I’m going to get that one back for everybody.”

Do you think Cody will get the title back from Dillashaw?