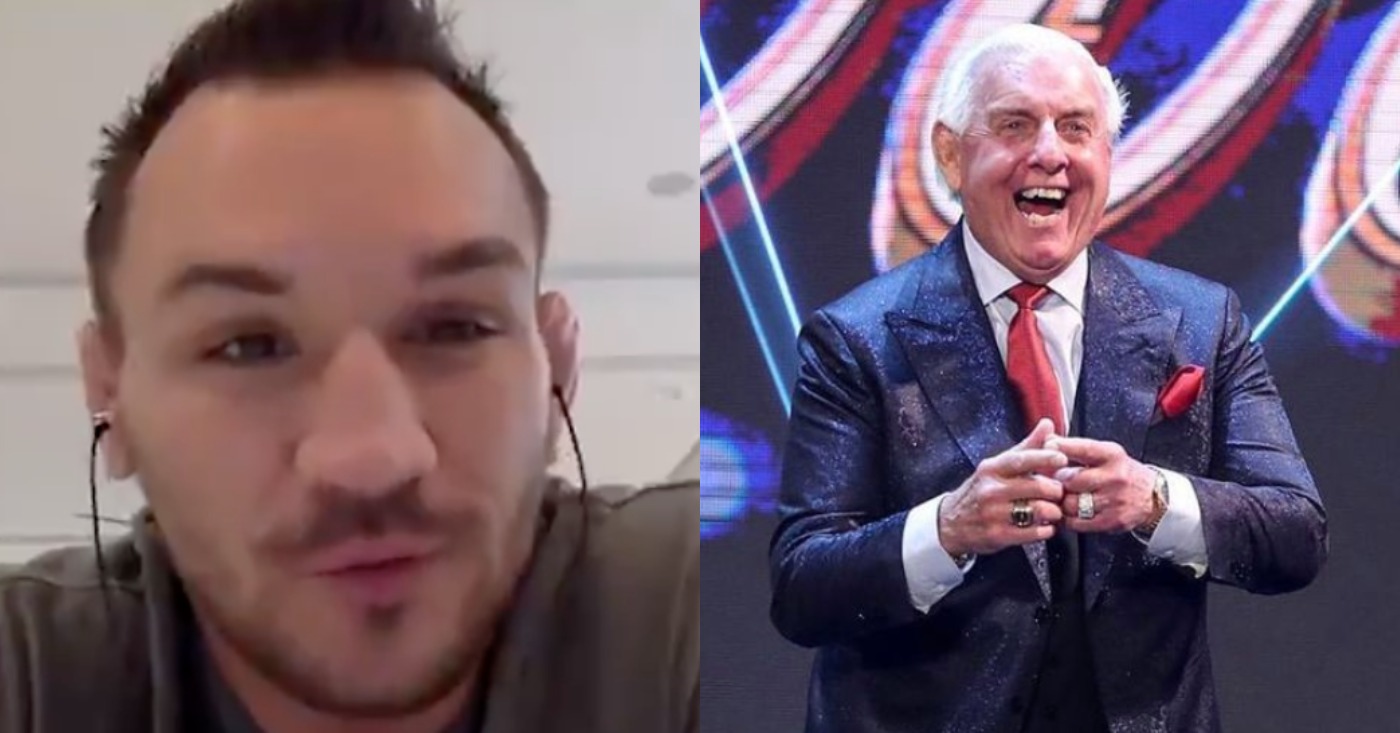 There is a chance that Michael Chandler gets walked out by Ric Flair in his next UFC fight.

Chandler enjoyed a dream promotional debut when he TKO’d Dan Hooker in the first round of their UFC 257 lightweight co-headliner last month.

Following the win, Chandler delivered an epic promo calling out a number of fighters which was reminiscent to Flair’s promo from the 1992 Royal Rumble.

That eventually led to the former Bellator lightweight champion receiving a personal congratulatory call from the WWE Hall of Famer — something that was a huge moment for Chandler.

Flair Walking Out Chandler Next?

And to make things better, Flair even said he would ask UFC president Dana White if he could walk Chandler out in his next fight.

“Who knows if it’ll ever happen. But he said he was gonna call Dana and ask if we can make it happen,” Chandler told ESPN’s Ariel Helwani. “But I think we might end up with Ric Flair walking out with me.

“I said, ‘but you have to wear that red robe’. He had that red robe back there. You’ve gotta have the right walkout with me So, we’ll see what happens, man. You know, obviously, hopefully, a friendship was born that day. He’s is a living legend, man. What an honor, man. I’m just living a dream right now and really excited about where this road’s gonna take us.”

Helwani would then ask Chandler if he would be down with Flair walking him out. The answer was pretty obvious.

“Well, yeah, of course!” Chandler responded. “I mean, you know, it’s kind of as a man, as an entertainer, Ric Flair — it doesn’t really get much better than Ric Flair.”

Could @MikeChandlerMMA be accompanied by @RicFlairNatrBoy for his next fight?

Although UFC fighters don’t tend to get walked out by celebrities like boxers do, it would certainly be a sight to see Flair do it on a rare occasion.