Chael Sonnen On Talks Of Jon Jones DQ Loss To Matt Hamill Overturned: “You Have To Live With It” 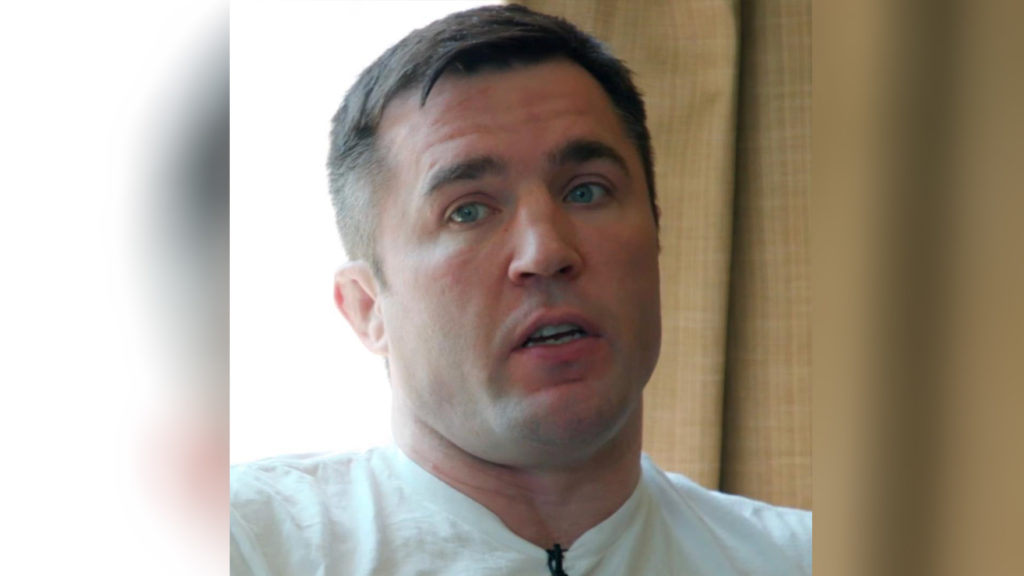 Jon Jones only loss (DQ) should overturn to no contest is the talk of the town from past few days. Jones (24-1) landed illegal downward elbows on Matt Hamill back in 2009. Even UFC color commentator Joe Rogan agrees with UFC head honcho president, Dana White who said he’s working with Nevada State Athletic Commission (NSAC) to overturned that one loss of Jon Jones.

Many fight fans agreed with this decision; however, many of them were not on this bandwagon including Jones formal rival Chael Sonnen who details why this shouldn’t overturn.(h/t MMAMania)

“Joe Rogan specifically is just appalled by the 12 to 6 elbow rule,” Sonnen said. “Joe Rogan is not without good reason to be appalled and the reason given was this: the NSAC saw some video of a karate master stacking bricks and using an elbow to break them. And the elbow was the 12-6 elbow … And they deemed it was just too brutal of a technique.”

“It’s still the rule,” Sonnen continued. “They never needed to share with us in the first place why they made that rule. That was their biggest mistake. Make the rule and move on. Instead they shared it with us, which of course then made themselves look like fools. Either way, the rule got written down and the athletes agreed to abide by the rules. So when Jon threw those elbows and they absolutely went into the back of the head of Matt Hamill. They were completely illegal.”

“In addition to that just being the way it is, you then are left with referee’s discretion where the referee can decide ‘Well yeah it landed in an illegal spot but that was because Hamill was moving. Hamill moved into it, it wasn’t Jon’s fault’ or vice versa. But either way it is a decision made game time, meaning on the fly, in the moment, and then you have to live with it.”

”I’m just not aware of any remedy after the fact,” he added. “There is an appeals process, especially in Nevada. I don’t know what that rule states, but I think it has to be done within two weeks. If i’m wrong, it’s 30 days. Either way, this has been years and years and years.”

The decision was made almost a decade ago, and there’s no point in opening an old case and have the results to change.

I guess that’s a special treatment from promotion towards Jon Jones to hype him for his upcoming fight. Isn’t it enough for Jon Jones that USADA had already given him a reduced suspension and let him go over picogram traces.