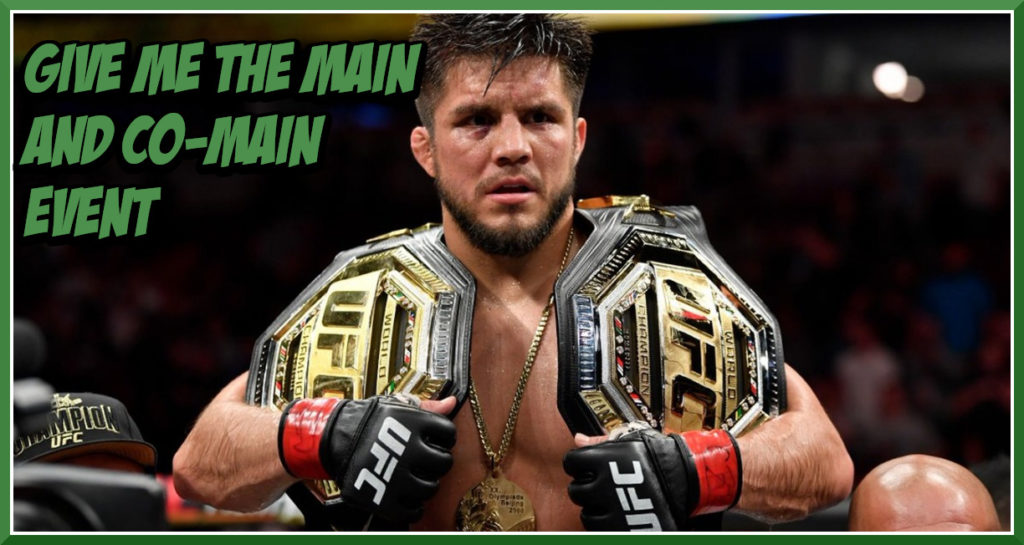 The “King of Cringe” is a gimmick that appears to have no end. Ever since Henry Cejudo won the UFC Bantamweight championship, “Triple C” has been on the hunt for more gold. By now, he’s called out virtually every title holder on the roster, regardless of gender. Now, Cejudo is taking his brash persona to an entirely new level by saying he wants to defend two titles on the same night.

Currently, Cejudo is only in possession of one UFC title. Previously, he held both the UFC Flyweight and Bantamweight championship. However, once the bell rang for Joseph Benavidez And Deiveson Figueiredo at UFC Norfolk, the 125lb title was vacated. Because Figueiredo won the match but didn’t make weight, the belt stayed vacated. At least according to the official UFC rankings. So of course, Henry still believes that he is the rightful owner of the title.

Cejudo on Wanting to Defend Two Titles in One Night

Henry spoke to TMZ Sports. which seems to be a reoccurring experience these days. During the conversation, Cejudo explained how he wants to defend two titles in one night. Furthermore, he made it clear that he wants to make history by being the main and co-main event of the evening.

Henry shocked the mixed martial arts community with the answer he gave when asked if he would face Figueiredo in the future.

“Oh absolutely (I would fight Figueiredo). Like I said before, man, my whole message is I would like to get him and Jose Baldo on the same night,” he said. “Co-main event and main event. Allow me to make history.” ( Quote via BloodyElbow)

Currently, it would be impossible for Henry to defend two belts in one night due to the fact that he only has one. However, if the UFC finds themselves in a desperate situation, maybe Henry would get his main event and co-main event wish. He would just have to defend the bantamweight title and fight once again for the 125lb strap.

Obviously the chances of that happening are slim to none. However, crazier things have happened in our beloved sport.