I mean if Ronda Rousey can judo throw fools at WrestleMania maybe the MMA to WWE flood gates can now truly open up for all to swim in. In the world of pro wrestling world, this Sunday is WWE’s annual Hell in a Cell pay per view and it looks like the main event will be a women’s title match between champion Sasha Banks and challenger Charlotte.

The Banks versus Charlotte rivalry has crossed over from NXT to WWE and will peak inside a Hell in the Cell cage this Sunday night. Cool pro wrestling stuff and Banks went to Twitter to further her storyline with Charlotte

A lot of people want the crown, but they're not willing to bleed for it. See you Sunday! #HIAC pic.twitter.com/ceVx3WBFha

Then out of nowhere Zingano tweeted this 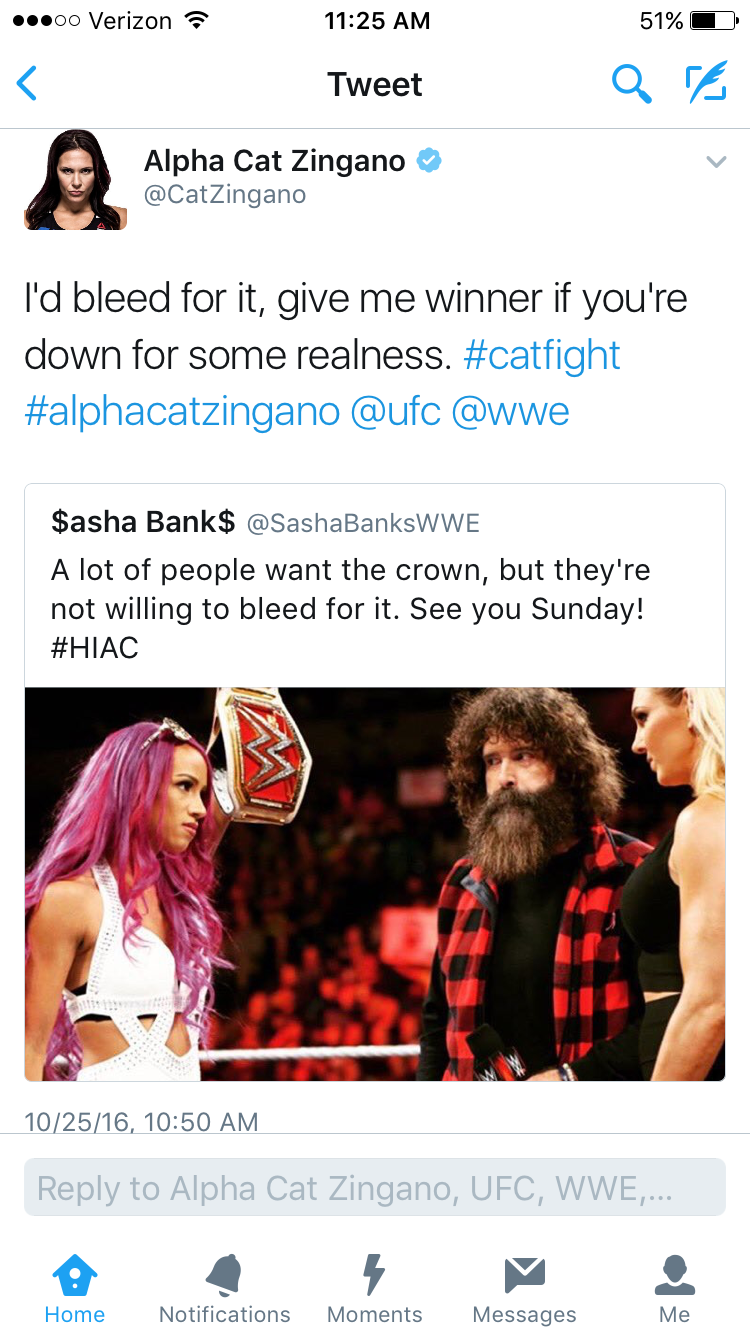 If this was a pro wrestling segment Cat Zingano just kneed the hell out of Sasha Banks while the champion was celebrating on the top turnbuckle. Does Zingano know something that we don’t? Does the former UFC title challenger have the pro wrestling bug crawling under her skin? Is the ultra athletic Zingano thinking about crossing over into the squared circle?

Will Banks respond? Will she go Full Boss Mode and level Zingano with a killer tweet?!? Stay tuned to Tuesday Afternoon RAW for more updates on this developing MMA/pro wrestling beef

So a dude in Ireland got a Conor McGregor face tattoo that covers his whole thigh, here’s the pic
← Read Last Post

A Lesson in School MMA: Punch your female teacher, get KO'd by the honor roll student
Read Next Post →
Click here to cancel reply.