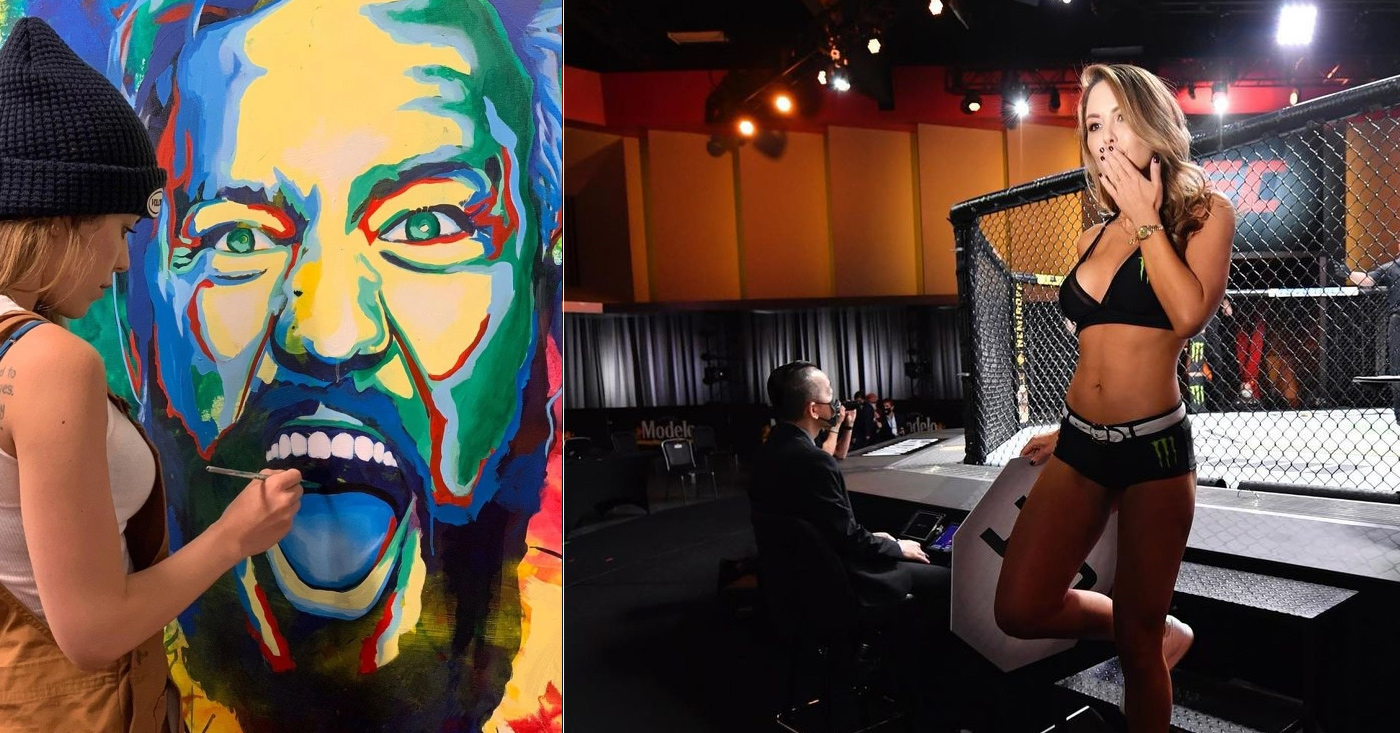 UFC octagon girl Brittney Palmer 33, shows off her latest artwork in the form of Conor Mcgregor’s painting ahead of his return at UFC 257 against Dustin Poirier.

Besides working as a UFC ring girl, she is also a talented pop artist and sold her work for thousands of dollars.

Palmer was named as the Ringcard Girl of the Year at the World MMA awards last year. She previously won the award in both 2012 and 2013.

She made her UFC debut in 2011 at UFC 125, since then she has become one of the most popular faces in the combat sport.

Moreover, Palmer also has graced the cover of Playboy magazine appearing in the March of 2012 edition. Also, she has modeled for FHM and Maxim.

Besides being famous among the UFC fans, Palmer has gained 1.1 million followers on Instagram. 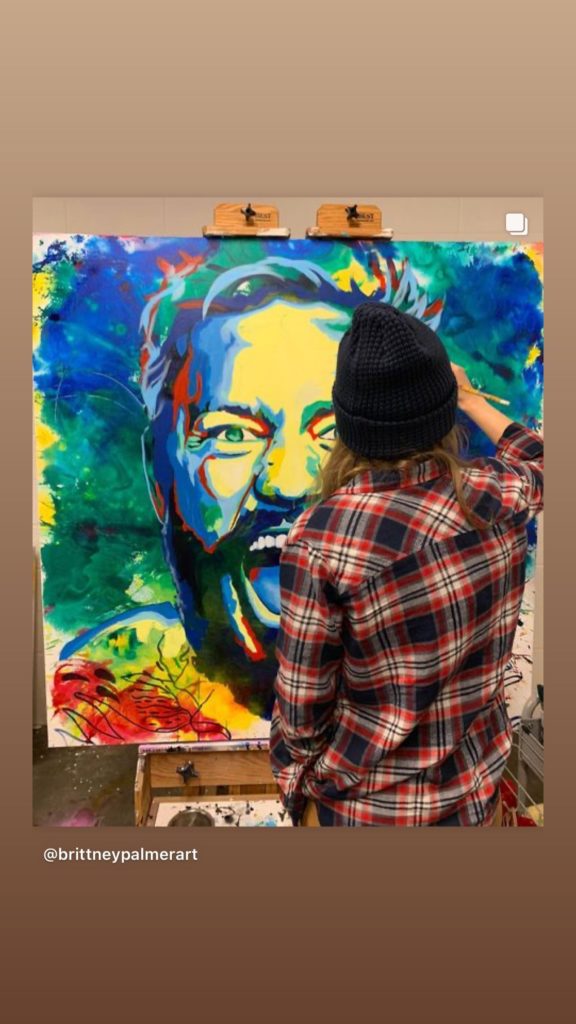