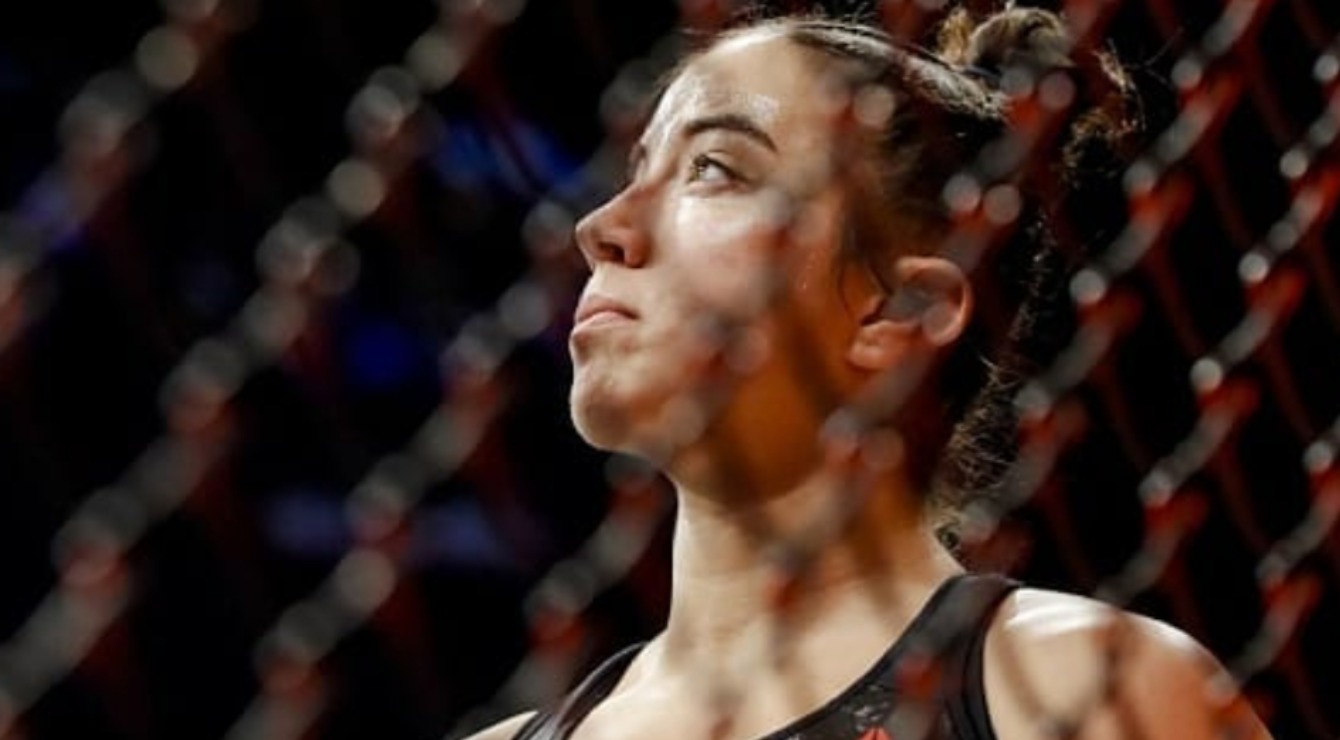 Michael Bisping has not been impressed with how Maycee Barber has been handling her first-ever career loss.

Barber went into her UFC 246 women’s flyweight matchup against Roxanne Modafferi last month as a huge betting favorite. However, she winded up losing a unanimous decision and wasn’t helped by the fact that she tore her ACL during the fight.

The doctor came in and checked on her knee in between the second and third rounds and Barber felt that didn’t help matters either. Her father and coach Bucky had also claimed that the doctor would be taken to court.

Bisping, however, feels the excuses should just stop, especially as the doctor was just doing his job.

“The doctor’s just doing his f*cking job,” Bisping said on the latest episode of his podcast. “If you get an elbow in the face and it’s pouring blood everywhere, and the doctor goes ‘stop, stop, stop, I’m going to take a look at it’ — you can’t go ‘oh, he’s highlighting my cut face!’ It’s tough sh*t. But you got injured in the fight and it’s his job to say ‘hold on a minute, I need to check that leg.’ Because let’s say it’s really f*cking torn and it’s bad, you can call off the fight and say she’s not fit to fight and she’s going to do herself more damage.

“He was looking out for her! I get it, she’s a young fighter, it’s her first loss, she’s not used to dealing with it — but it’s not a good look.”

Rather than all these excuses, the former UFC middleweight champion advised Barber and her camp to accept the setback and come back stronger. Especially as the way they are going, “The Future” won’t be winning any new fans.

“Just deal with it, accept it, you got beat fair and square by the better person on the day,” Bisping said. “Come back and get them next time. B*tching about this, you’re not going to win any fans in my opinion by doing this.”

Barber plans on returning to action before the end of the year.

Israel Adesanya Open To Stadium Fight With Darren Till In London
Read Next Post →
Click here to cancel reply.