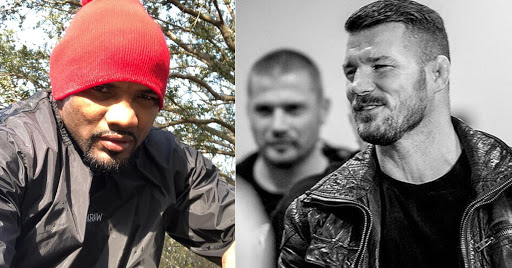 Both Michael Bisping and Yoel Romero have a long rivaled history. With so much bad blood during Bisping’s active career, fans were wishing that the two would square off inside of the octagon. The two virtually traded jabs at each other every waking moment that they could. Especially for Mike, who spends a lot of time on commentary during UFC events. Now that Bisping is retired, it seems like he has experienced a revelation. Romero has become famous for telling his opponents, “I love you” in his Cuban accent. Now, Bisping has admitted that he loves Romero as well.

History of the Beef

The beef between the pair really kicked up around the time of UFC 213. During that time, Bisping was spotted ripping up a small Cuban flag during his days of portraying a “bad guy” persona towards anyone that wasn’t from the UK. Of course, those actions fired up Romero and their bad blood cause many entertaining, yet controversial moments in UFC history.

Unfortunately for fans, Yoel and Bisping never got to settle their differences inside of the octagon. In fact, Bisping became a champion and retired, while Romero is fighting for his chance to become a champion as well at UFC 248.

Now that Mike is retired, he’s grown to appreciate Yoel. During the aftermath of UFC Norfolk, “The Count” finally admitted how he felt about Yoel.

About time @bisping told @yoelromeromma how he really feels 🤣 pic.twitter.com/gNsScyaG9J

Afterward, he took to his Twitter account to let the world know how much he appreciates Yoel in his retirement.

It’s nice that Bisping can recognize the greatness of Yoel after retiring. However, it’s a shame that fans were never able to witness the fireworks that both men would have made inside of the cage.

Who would fans have chosen in a matchup between Bisping and Romero?