What if Nate Diaz and Sage Northcutt were the best of friends? Can UFC Fight Pass make a reality show where Sage Northcutt is dropped off in Stockton, California with no cash, credit cards or form of identification and Sage’s only method of survival is to join the Diaz Brothers’ crew for six months? Why isn’t this show already in production?

In the Venn diagram that shows the intersection of where “fans of Nate Diaz” and “fans of Sage Northcutt” meet, there are maybe half a dozen human beings who fall into that oval of life. The real fight to make at UFC 200 is Diaz welcoming Northcutt to the world of top ten lightweights. ONE Championship’s Ben Askren brought up the idea and would even like to add a “contract for contract” stipulation on to the 155 pound fight. 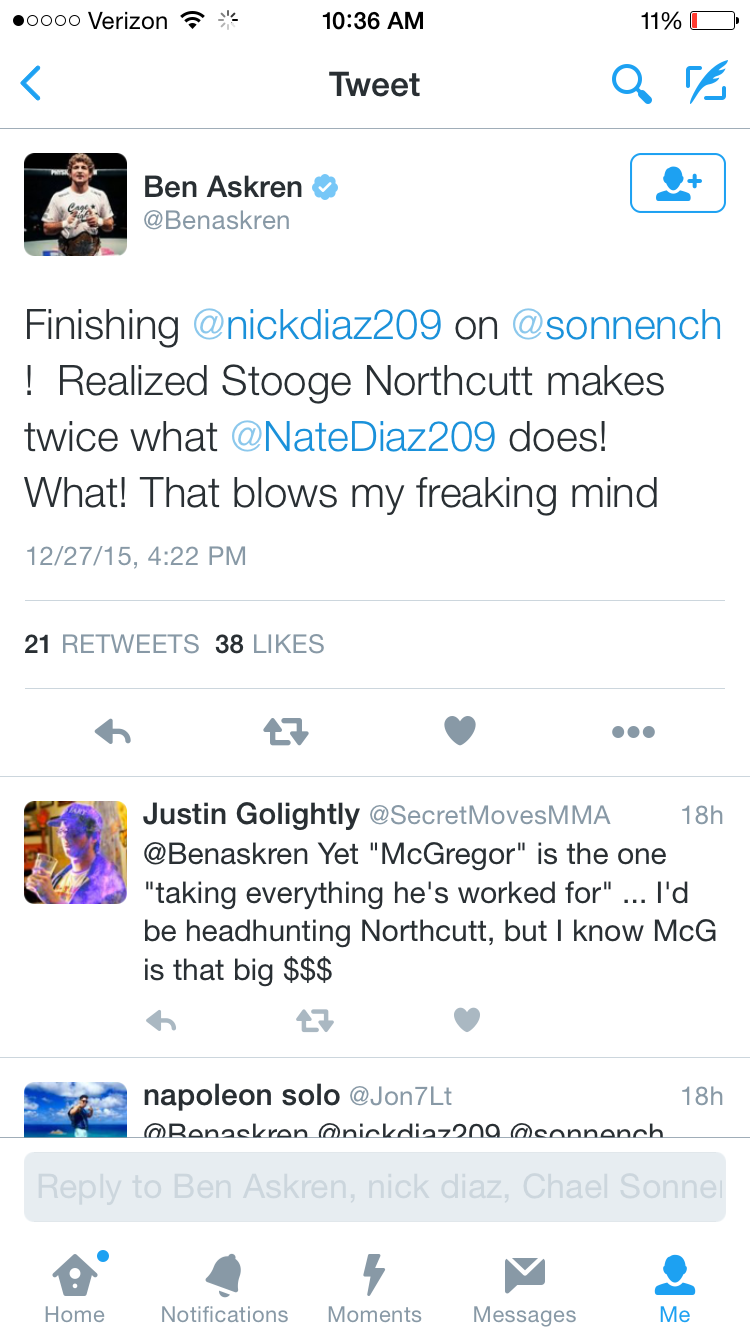 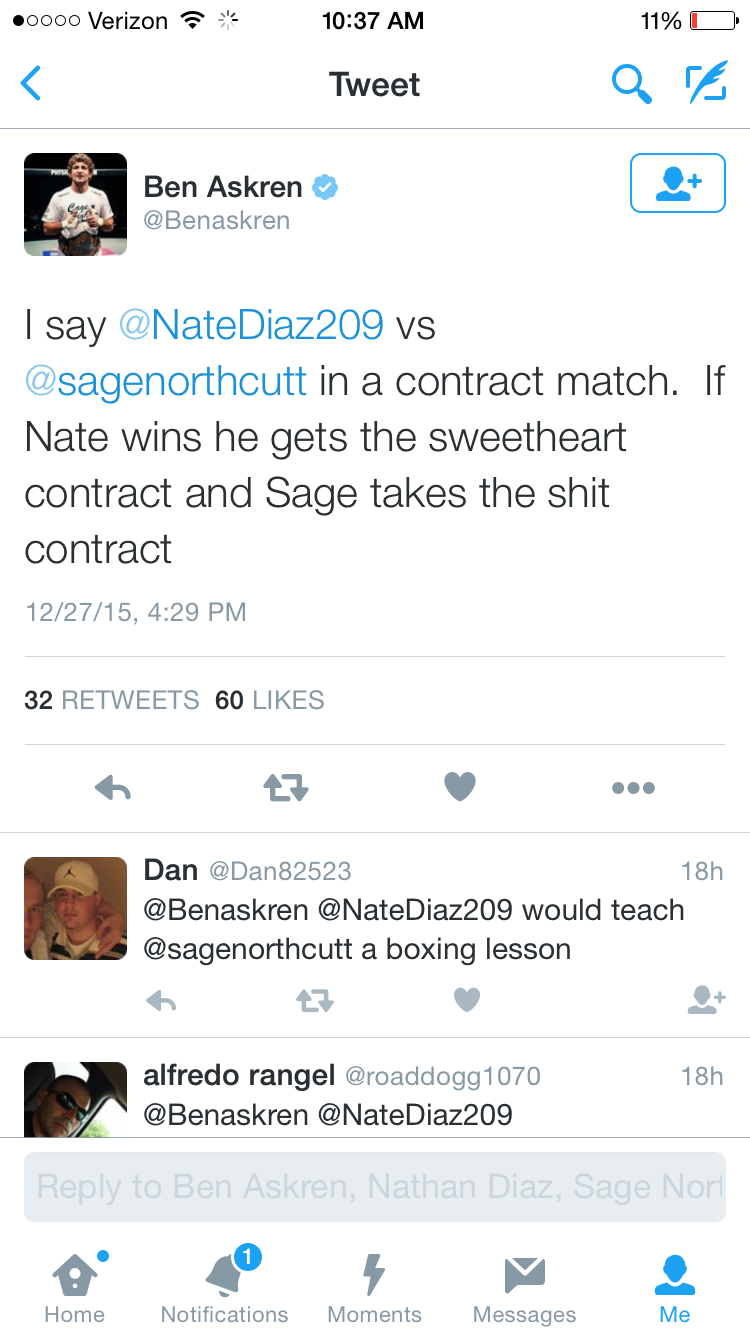 The build-up for Diaz-Northcutt 1 would be legendary.

*Northcutt smiles then laughs uncontrollably for a good 15 seconds making everyone in the room but Diaz really uncomfortable.*

Full video: Sakuraba just had to come back for one more one-sided beating
Read Next Post →
Click here to cancel reply.