Video: Heather Hardy’s Former Opponent Storms the Stage, Screams at Her During Bellator 185 Weigh In 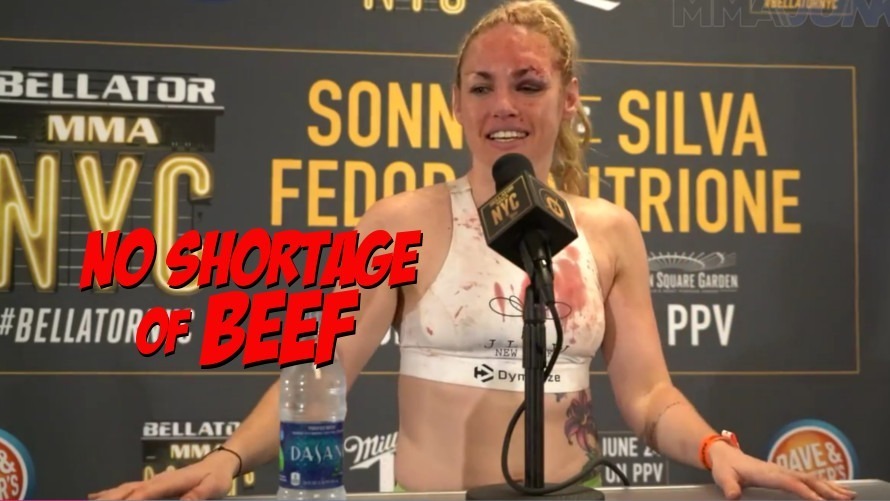 When Heather Hardy faced off against Kristina Williams during the Bellator 185 weigh ins, she probably didn’t expect a second confrontation from the crowd.

It turns out former boxing opponent Shelly Vincent, whom Heather Hardy beat over a year ago, had some shit to get off her chest. Hardy took the WBC International Female Featherweight title from Vincent this past August. Seems like boxing beef dies slow, what can you say?

I’ve never seen a confrontation between a truck driver and a person in a leotard. But that is why combat sports is great. Sometimes bizarre beef between a boxer turned MMA fighter and an anonymous lady in plaid gets you pumped up. Or at least give you a chuckle. It does make you wonder what went down during that fight in Coney Island.

This isn’t the only beef Heather Hardy is cultivating. Here she is calling out Ana Julaton. Hardy is learning so quickly in this game.

Video part 1 @HeatherHardyBox responds to @anajulaton jibes @BellatorMMA 'Fight is now on she is disrespectful i run from no one' pic.twitter.com/ndnS1qbeTt