UFC President Dana White believes that Jessica Andrade is a real problem for Valentina Shevchenko, regardless of her dominance at flyweight. 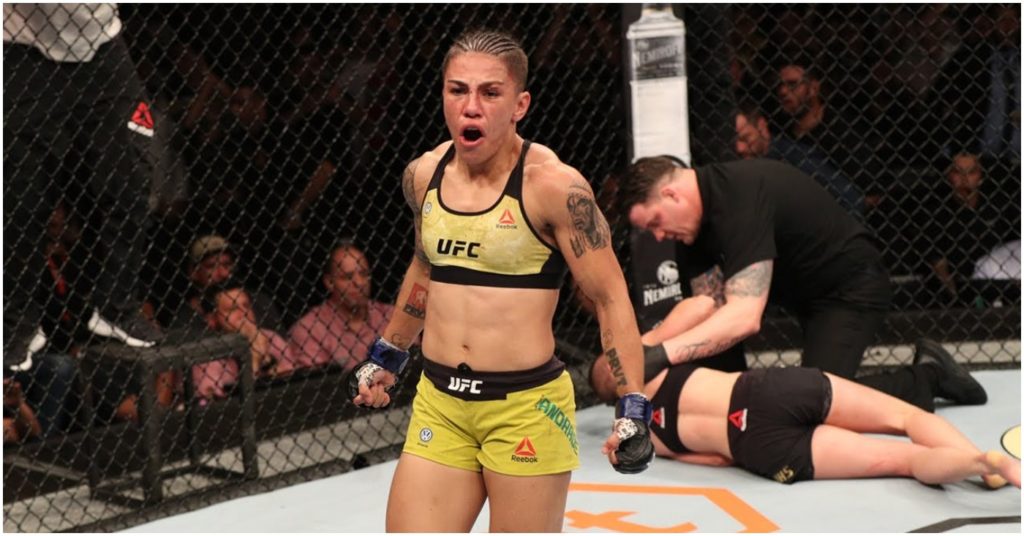 Let’s be honest, there aren’t too many threats for UFC Flyweight champion Valentina Shevchenko. Each time Val steps in the octagon, fans expect her hand to be raised and would be shocked if it weren’t. Valentina was able to beat Jennifer Maia at her own game at UFC 255 by controlling their fight on the ground, which is Maia’s wheelhouse. As far as competition goes for Valentina, the search continues. However, UFC President Dana White believes that Jessica Andrade could be a challenge for Shevchenko at 125lbs.

Dana White on Shevchenko vs Andrade

Valentina Shevchenko has looked virtually unstoppable in her fights during her UFC tenure with the exception of her matchups against Amanda Nunes. In which, maybe fans believe that even against Nunes, Shevchenko out at least one out of their two fights. On the other hand, Jessica Andrade has looked fantastic in her last outing as well. Enough to get praise from Dana in a recent interview.

“Shevchenko is in a place in her career now where she needs an opponent that people think actually has a chance of beating her,” White said. “And I think we all know that Andrade does.

“Andrade is a very very good fight for her,” White continued. “That’s a tough fight. If you’re going to go out and be safe the first couple of rounds against somebody like Jennifer, what are you going to do against Andrade? Andrade is going to bring her a lot of things she’s never seen before. Not to mention the power that Andrade has. She just knocked a girl out, a really good girl, like the number two girl in the world, with a body shot. She’s a real problem for Shevchenko that she’ll have to figure out.”

Do fans agree with Dana that Andrade is a tough fight for Valentina? Or, is he doing a promoter’s job of building as much of a story as possible? Shevchenko certainly wants another shot at Amanda Nunes. But, if the demand is there, she won’t turn down a fresh matchup against a surging contender in Andrade.