…And in the Most Offensive Sponsor Category, the Award Goes To… 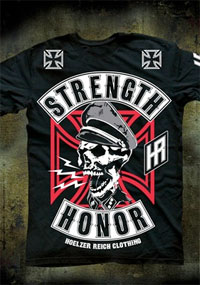 Ah yes, this award is well deserved as their use of the Neo Nazi’s “Blood and Honor” motto, combined with SS visor caps, nazi-style uniforms, skulls in steel helmets, and lightning runes (and that’s just a portion of the questionable imagery featured on their gear) has created a bit of a stir amongst MMA fans across the netiverse. See for yourself at Sherdog and The Underground. This company has managed to piss off and disenchant any MMA fan with basic knowledge of WWII history, but hey, at least they still have those 3,497 neo nazis to buy their products, right?

Sadly, Donald Cerrone and Mac Danzig didn’t seem to get the memo about potentially racist imagery not really being the best way to build up your fan base. These two both wore Hoelzer Reich shirts at their recent fights and are featured as part of Team HR. I’m really disappointed in Mac-he’s got a German last name for wienerschnitzel and bratwurst’s sake!

The only fighters I expect to see repping this kind of gear are M1’s Toni Valtonen and Melvin “I have a small penis” Costa. No really, he does have a small penis! Says so right on his stomach. Right there-below the big swastika he has plastered in the middle of his chest. Hmm, someone that sports a swastika tattoo also apparently has a small penis. Coincidence? I think not…

Don’t let us influence you, decide for yourself. Here is a popular Neo-Nazi shirt with idiotic slogan attached: 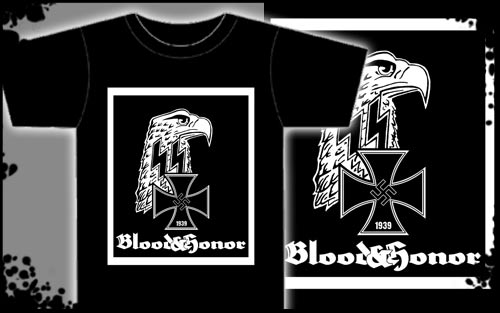 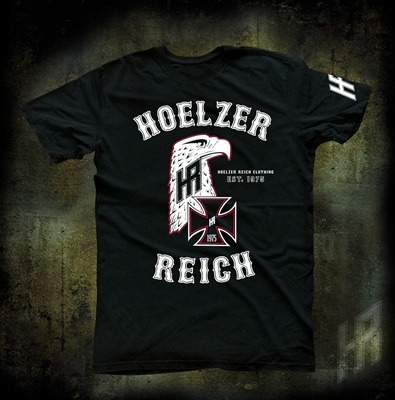 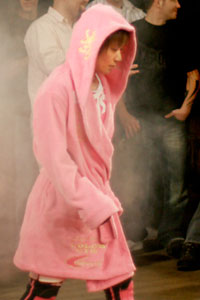